While Halloween will always hold a special place in the hearts of every horror fan, the holiday is even more near and dear to children around the world.  Capitalizing on the all ages fun of the holiday, writer Paul Jenkins and artist Frédéric Pham Chuong have timed their new original graphic novel Scare City well, hoping to appeal to the children waiting to run outside for sugary treats, as well as nostalgic parents who love the fun and frights associated with Halloween.

According to the official press release, Scare City begins when “Tensions rise in a Monster Metropolis when spooky things start to happen to its citizens! Will they solve the mystery before ancient rifts tear the community apart?  Deep beneath the human world lies Scare City, the hub where all the ghouls, ghosts and goblins dwell in perfect harmony. It took the monsters centuries to overcome their differences and live together in peace.”

When things start to get a little heated between the monsters, “…a compassionate Zombie-Witch baker, Gina… and her crew of spooky friends will do whatever it takes to solve the mystery and bring everyone together once again.”

Check out the exclusive preview of the first two pages of the Humanoids BiG imprint release below, hitting bookstores on October 29 and comic book shops on October 30. 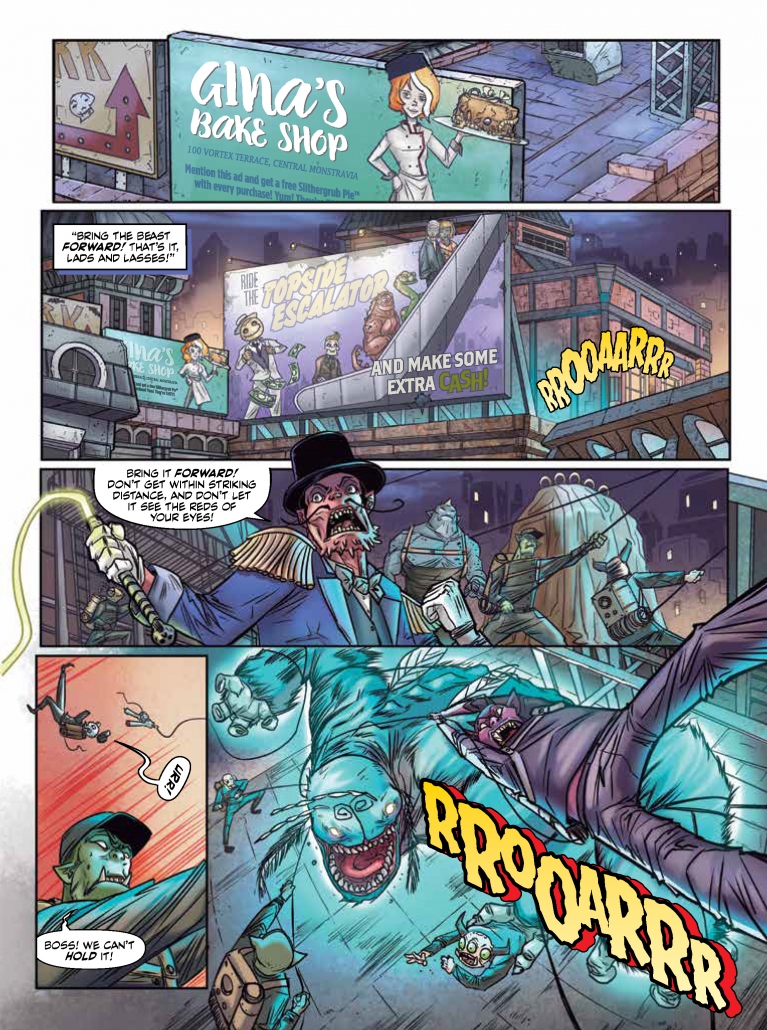 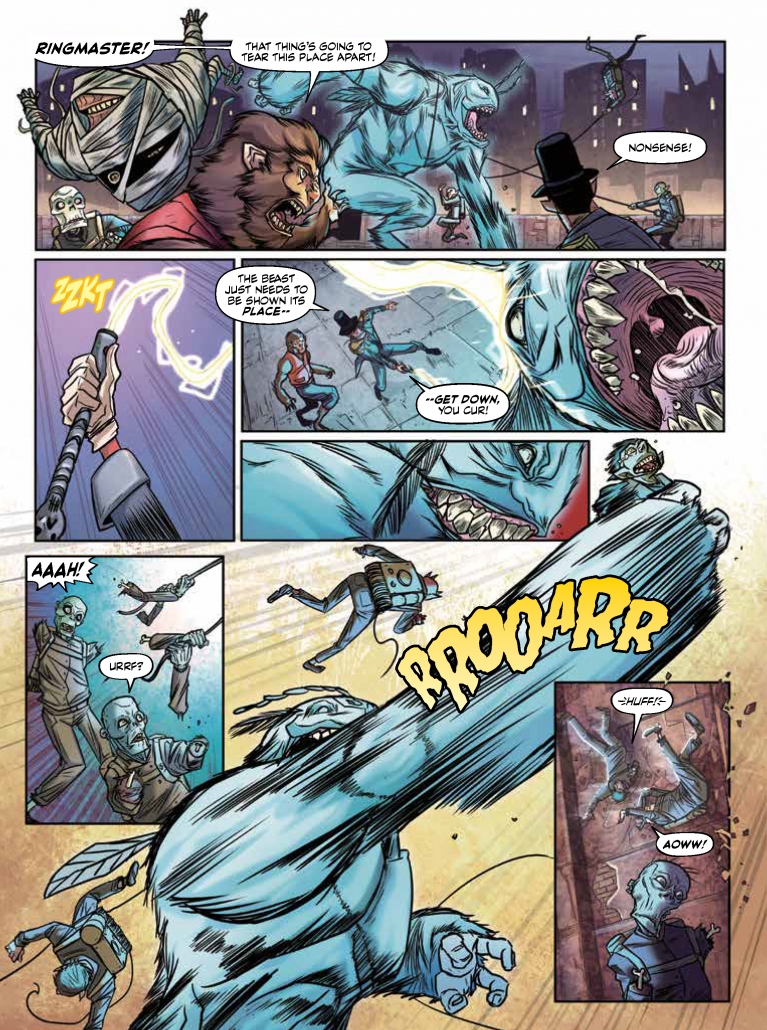 Staff Writer at Horror News Network
Nick joined the website in 2015. His lifelong love of comics and horror began with Universal Monsters and the Incredible Hulk. He has fond memories of going to Waldbaum’s supermarket with his mother and being rewarded with a 3-pack of sealed comics. It’s been all downhill from there… Since those early days, his life has been immersed in four color action and scares on the silver screen.
http://www.horrornewsnetwork.net/wp-content/uploads/2019/10/Pages-from-Scare-City-lite_Page_1.jpg 3071 2288 Nick Banks http://www.horrornewsnetwork.net/wp-content/uploads/2016/05/HNN-logo.jpg Nick Banks2019-10-28 23:13:052019-10-28 23:13:05Exclusive Preview of Paul Jenkins and Frédéric Pham Chuong's Original Graphic Novel 'Scare City'
0 replies