Eric Powell’s ‘The Goon’ Returns to Comics in 2019

Fans of Eric Powell and his non-nonsense, zombie-smashing, stone-faced hero the Goon have cause to celebrate today, because Powell will be bringing new stories starring his most famous creation to his publishing company Albatross Funnybooks in 2019!  An all new Goon comic book will debut from Albatross Funnybooks with a new The Goon #1 next spring.  This will be the first new Goon story to be published since Dark Horse’s The Goon: Once Upon a Hard Time hard cover graphic novel in 2015, and according to the official press release , “…will kick off a year-long, 20th anniversary celebration featuring a national signing tour, Albatross Funnybooks’ collected editions of classic Goon graphic novels, limited edition Goon tiki mugs and more.”

Powell was obviously excited to announce his character’s return and said that “The fact that we feel confident bringing the full library of my flagship title over to Albatross going into our third year of expansion fills me with excitement and a new enthusiastic energy for what’s to come.  With Albatross, we focus on making fun, eclectic comics that stand out for their individuality and creative quality, as seen in our lineup of titles like Hillbilly, Spook House, ‘Namwolf… It’s with this idea of keeping the fun in our Funny Books that we are steering this new Goon series.”

Long-time fans will be happy to hear that Powell, is “…returning to the roots of the series with a heavy emphasis on the weird, twisted humor the book has been known for. The world around us is dark enough right now. I want to make readers laugh and forget their troubles for a little bit.”

Powell also discussed his new role as creator, as well as publisher, stating that “I need to make sure our readers get their Goon fix on a regular basis. To that end, we’ll be bringing new creators on to the regular series for first time ever.  You’ll not only be getting Goon books written and drawn by me, but some written and drawn by some of the best talent in the industry!”

Be sure to check back with Horror News Network for more updates on The Goon and everything else horror-related that is fit to print! 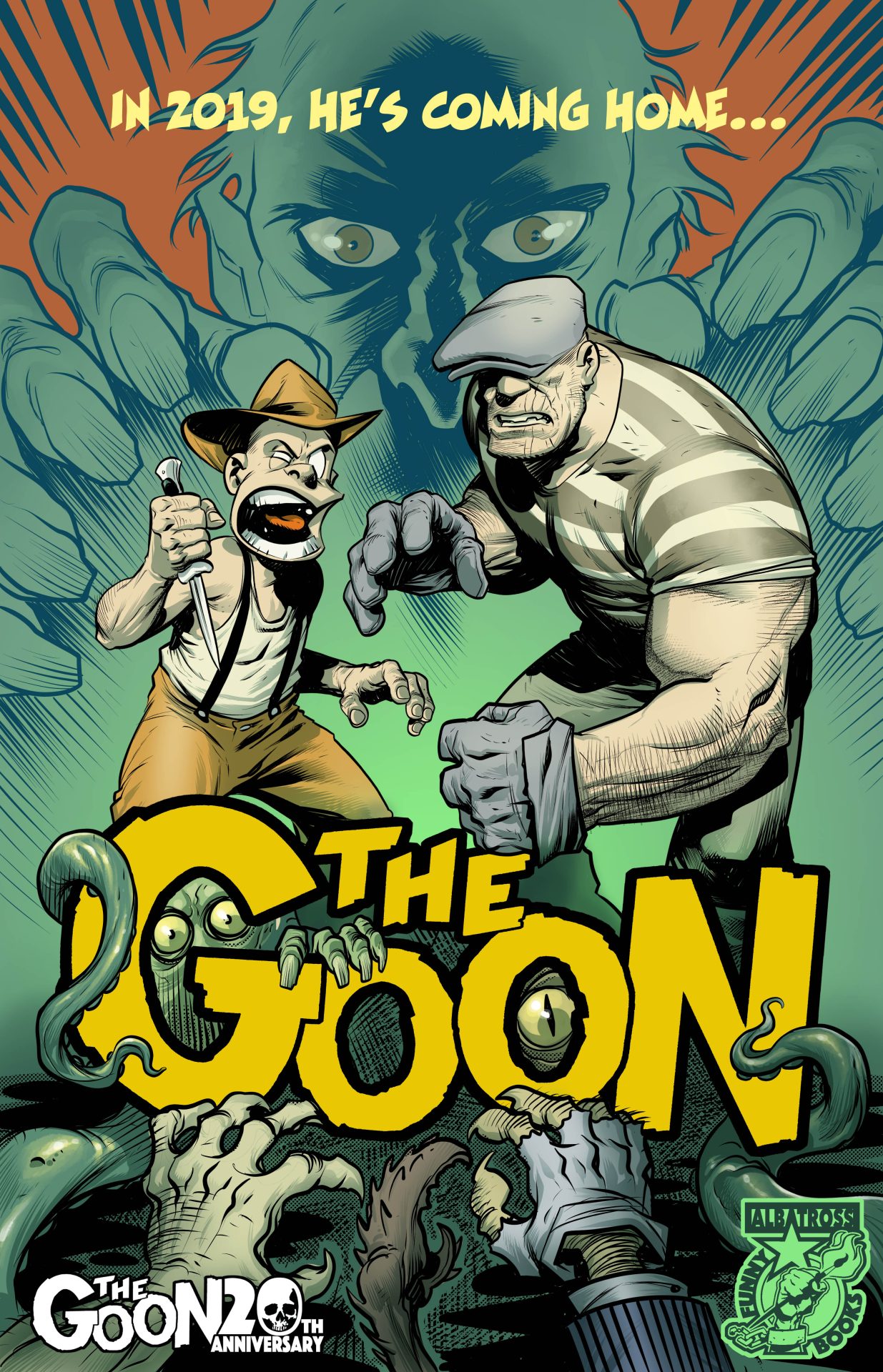