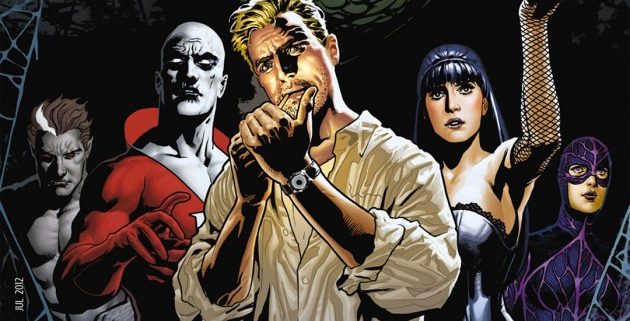 Producer/Director Doug Liman (Swingers, The Bourne Identity, Edge of Tomorrow) has good news for comic book fans who are getting a little sick of the constant stream of paint by numbers, derivative superhero movies with cheesy jokes that have been flooding the multiplex over the past several years. He recently sat down with Cinema Blend to discuss his vision for the upcoming Justice League Dark film, and it’s all good news for comic book fans and horror fans alike! Turns out, character development will be on display front row, center this time around, and Liman is looking to capture elements of the horror classics of the 1970s that he loves when making this movie. Here’s what he had to say:

“I think people will be surprised how character driven and how intimate Justice League Dark is — in kind of a field of bloated comic book movies. We’ve found a way to do something that’s actually really personal and small, and that’s my goal.

The Wall is about character. The scenario allows me to dive into what I think is… I just love people! I love putting people in crazy situations. For John Constantine, we have an amazing set-up for him for Justice League Dark that’s really human.”

An intimate, character driven film starring John Constantine in the midst of a field of bloated comic book movies? Sounds like the superhero movie the multiplex needs right now, but not the one it deserves!

“It’s going to have real horror elements, for sure. I love early horror films, be it The Exorcist, or Carrie, The Omen. In the same way that Bourne Identity, I went back to ’70s paranoia.

There’s stuff to be mined from the people who have come before me that I’m planning to bring to Justice League Dark. And also the arena, my good friend Simon Kinberg, with Deadpool really pushed the arena.

It sounds like he has a solid plan for the film and some of the finest horror movies of the 1970s for inspiration… all he has to do now is make a good movie! Liman has an excellent track record in the industry, but only time will tell if Justice League Dark can avoid the major pitfalls that all of the Warner Bros. superhero films have suffered. Here’s to hoping that we can some day call Justice League Dark (and Wonder Woman) one of the good ones!

Stay tuned to Horror News Network for more details on Justice League Dark as they break!

Staff Writer at Horror News Network
John has loved movie monsters for as far back as he can remember. He's since collected up as many comics, statues, and autographed material related to movies and music that he can get his hands on. He is particularly interested in the critical and analytical discussion of the best stories the horror genre has to offer. One of his largest works on the topic is a study on the portrayals of people with disabilities in horror films.
http://www.horrornewsnetwork.net/wp-content/uploads/2017/05/JL-DARK.jpg 420 630 John Evans http://www.horrornewsnetwork.net/wp-content/uploads/2016/05/HNN-logo.jpg John Evans2017-05-09 14:56:202017-05-09 14:57:42Doug Liman Cites '70s Horror Classics as Inspiration for Upcoming Justice League Movie
0 replies