Oh My Disney reports that a new book entitled Hocus Pocus and the All-New Sequel will hit store shelves on July 10th, 2018, just in time for the 25th anniversary of the original movie! The novel will be composed of two parts, with the first section devoted to a “fresh retelling of the original film,” and part two being a direct sequel which will continue the Hocus Pocus storyline. The following is the cover art for the upcoming book: 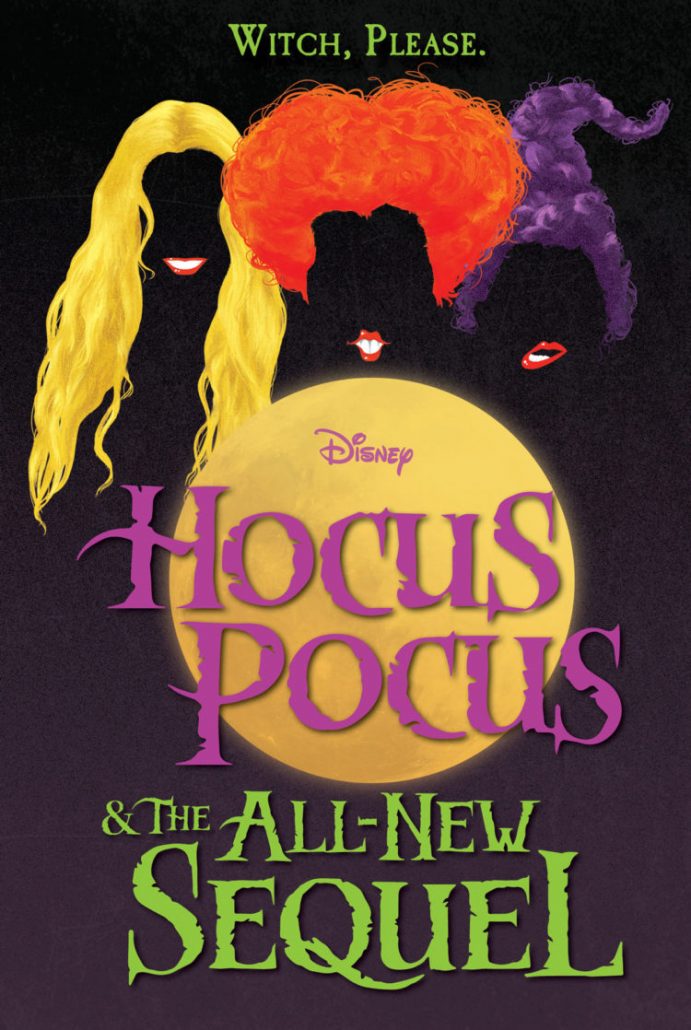 The sequel will follow the original Sanderson witches and Poppy, the daughter of two popular characters from the original film (I’ll never say who! But you can click our source link if you’re looking for spoilers), as they try to set things right after they “accidentally release a coven of witches from the afterlife and have to save Salem and everyone in it.” If anyone can fix this problem, it’s Winifred, Sarah, and Mary!

Whether it be the big screen, the small screen, or the book store that the Sanderson sisters next turn up, stay tuned to Horror News Network for more details on all things Hocus Pocus as soon as they break!

The world-famous witches from Salem have done it once again. Disney’s re-issue of the Halloween classic Hocus Pocus was released to 2,570 theaters and...
Read more

The three lead actresses in Hocus Pocus could magically reappear for a Disney+ sequel, according to a recent report. Bette Midler, Sarah Jessica Parker and Kathy Najimy--who portrayed...
Read more

Halloween 2020 just keeps getting spookier and spookier. Two new board games based on Disney creations will make the upcoming scary season even more...
Read more

All hail Hocus Pocus. The film continues to make gains in popularity every autumn since it’s 1993 release and it shows no signs of...
Read more