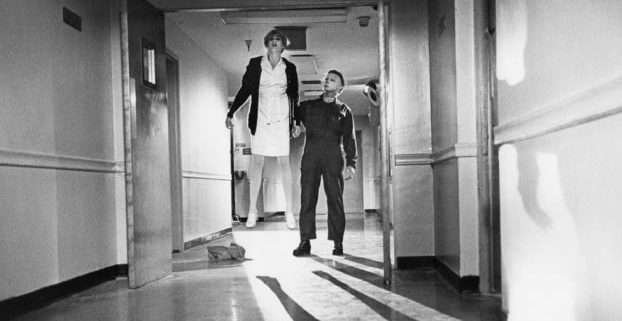 Dick Warlock, the man behind the Michael Myers mask in Halloween II was just added as a guest for the 2017 CT HorrorFest.

Throughout his illustrious career, Dick Warlock has worked with some of the most well-known names in the business including Steven Spielberg, John Carpenter, Drew Barrymore and more. He was also Kurt Russell’s personal stunt double for more than 25 years

“Dick Warlock is a true legend in the horror industry,” said CT HorrorFest co-founder Christine Caprilozzi. “No one can forget his take on the masked-killer Michael Myers in Halloween II. I don’t think I have ever felt safe staying overnight in a hospital since seeing that film.”

Warlock joins Tom Morga, who played Jason and the fake-Jason in Friday the 13th Part V, as guests that have been announced for the one-day convention.

CT HorrorFest is set to take place at the Danbury Arena in Danbury, CT on September 16, 2017. We will keep you updated on more details as they emerge.

CEO / Owner at Horror News Network
Rob Caprilozzi created Comic Monsters in 2004 and eventually expanded the site in 2009 to Horror News Network. Born out his love for all aspects of horror, Rob still remains hardcore comic fan. You can keep up with him on Twitter @RobCaprilozzi.
http://www.horrornewsnetwork.net/wp-content/uploads/2017/02/dick-warlock-cthf.jpg 412 622 Rob Caprilozzi http://www.horrornewsnetwork.net/wp-content/uploads/2016/05/HNN-logo.jpg Rob Caprilozzi2017-02-20 21:34:342017-02-21 00:58:06Dick Warlock Announced for 2017 CT HorrorFest
0 replies