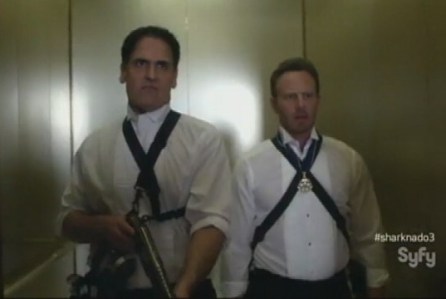 Syfy revealed details about ‘Sharknado 4’ today. Tara Reid will be back to reveal the outcome of the social campaign, which asked fans to decide if she lives or dies.  Ian Ziering is reprising his role as Fin, along with David Hasselhoff as Gil Shepard and Ryan Newman as Claudia Shepard.   The fourth film will be five years later from where the last ended, where Fin and the country has been sharknado-free.

Anthony C. Ferrante is returning to direct from a screen play by Thunder Levin.   ‘Sharknado 4’, a production of The Asylum, is currently in production.