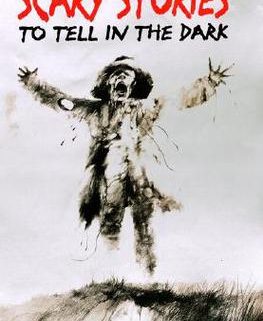 Looks like Guillermo del Toro will be dipping into the Breaking Bad talent pool for his latest project.  Del Toro has reportedly cast Dean Norris, who played Walter White’s brother-in-law (and main antagonist) Hank on the hit AMC show, for his upcoming film Scary Stories to Tell in the Dark.  Somewhere Jesse Pinkman is smiling.

Norris is the latest, and most well-known, addition to the film’s cast.  Since Breaking Bad ended its wildly successful run, Norris has gone on to appear in big-budget films such as Fist Fight (2017) and the Death Wish remake (2018).  Joining him in yet-unknown roles are Zoe Margaret Colletti (Annie) and Michael Garza (Wayward Pines) among others.  Spanish actor Javier Botet, who played significant roles in horror genre hits like Slender Man, The Conjuring 2, and IT, will also join the cast in some on-screen capacity.  André Øvredal (The Autopsy of Jane Doe) is attached to direct.

Scary Stories to Tell in the Dark is based on the series of books of the same name from Alvin Schwartz and illustrated by Stephen Gammell, which were released between 1981 and 1991.  Marketed as for children, the story finds a group of teenagers who investigate eerie phenomenon and even horrible deaths in their small hometown.  Del Toro, known for his wonderfully detailed and extravagant depictions of monsters and fantastic beasts in films such as Pan’s Labyrinth and Hellboy, will be involved with the film as a producer while also helping to pen the screenplay with several others.  Scary Stories was originally aired as a series in 2012 which ran for two seasons, mostly on YouTube.  In 2016, CBS Films announced that Guillermo del Toro would be leading the big-screen project after acquiring the rights three years earlier.

Let’s hope that Norris can bring a bit of his bad-ass persona to the screen, and really turn this film into the chilling and horrifying spectacle that all horror fans are hoping for.  Scary Stories to Tell in the Dark is currently filming in Toronto, and has a tentative release date of November 7th, 2019.

Stay tuned to HNN for more news on this big film project as it breaks! 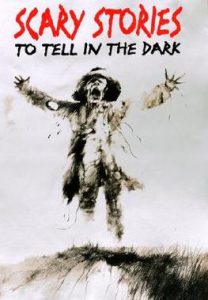 Staff Writer at Horror News Network
Sean McLaughlin has been writing for Horror News Network since 2012. Catch up with him on Twitter at @Makasupa and read his in-depth bio on our About Us page.
http://www.horrornewsnetwork.net/wp-content/uploads/2018/09/Scary_Stories_to_Tell_in_the_Dark_cover.jpg 379 263 Sean McLaughlin http://www.horrornewsnetwork.net/wp-content/uploads/2016/05/HNN-logo.jpg Sean McLaughlin2018-09-13 00:44:402018-09-14 16:16:21Del Toro Casts 'Breaking Bad' Alum Norris in 'Scary Stories to Tell in the Dark'
0 replies