Acclaimed storyteller Mike Mignola is back. And he’s bringing his beloved son–Hellboy–along with him.

Dark Horse Comics will publish the latest macabre adventures of everyone’s favorite half-demon July 7 in Hellboy and the B.P.R.D.: The Secret of Chesbro House No. 1, as reported by syfy.com.

This comic will be the first chapter in a two-part mystery that centers around “a decrepit manor with a notorious past filled to the rotting rafters with murder and mayhem,” according to the synopsis. Check out both covers for the issue on this page.

This Hellboy volume finds our monstrous red-skinned hero using his paranormal skills to help a psychic roust of bunch of restless phantoms from a haunted mansion. As might be expected, the ghosts are not ready to leave, and the answer may lie in “a fragile connection with the living world.”

The comic is written by Mignola and Christopher Golden and illustrated by artist Shawn McManus (Saga of the Swamp Thing) and colorist Dave Stewart. A decidedly different variant cover was rendered by Ben Stenbeck (Hellboy Universe).

Co-writer Golden–who has a Bram Stoker Award to his credit–said in an interview that this comic draws Hellboy into “the twisted history of a family tainted by occultism, a seance that goes horribly wrong and an evil even weirder than you think.”

The Hellboy character–created by Mignola–first appeared in 1993 as part of Dime Press No. 4, and has stomped his way through various titles ever since. The fan-favorite also has popped up in three live-action feature films, two animated movies and three video games.

Keep reading Horror News Network for the latest on future four-color and big-screen appearances of Hellboy. 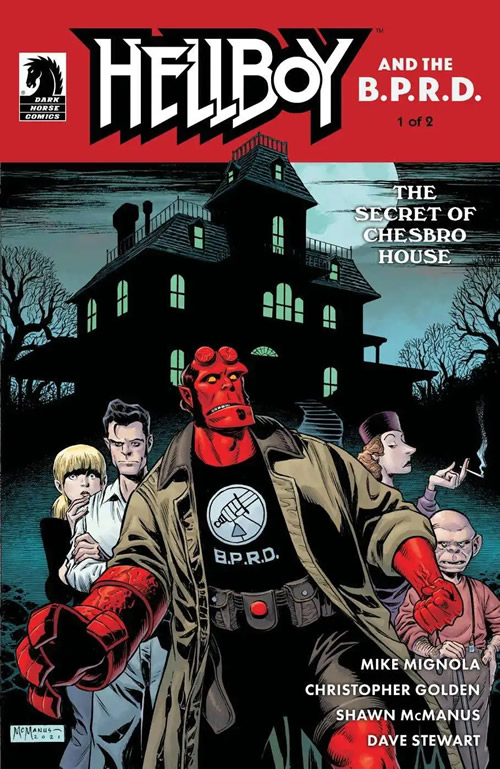 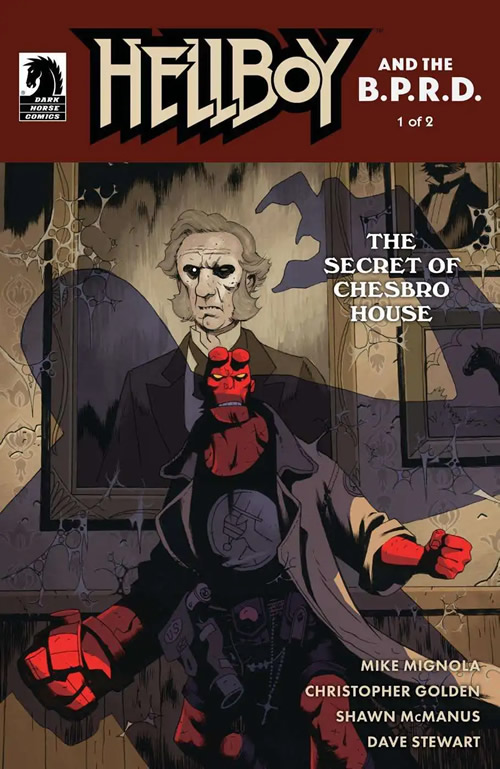