Dark Horse Comics has a long tradition of bringing European favorites to North American audiences, and the latest in this line is the critically acclaimed Isabellae from author Raule (Jazz Maynard, Arthus Trivium) and artist Gabor (Greenworld, Les Patriciens), which will be collected in English for the first time in August of 2019.

Isabellae (according to the official press release) takes place in feudal Japan where “…Isabellae Ashiwara, the young daughter of an Irish witch and a samurai master, roams the countryside with her father’s ghost at her side, earning her living as a highly-skilled bounty hunter while searching for her long-lost sister, Siuko. After seven years of searching, the time has come for Isabellae to take charge of her destiny once and for all and face her haunting past.”

The genre bending title will collect the first three French volumes in one hardcover English language edition.  The collection goes on sale on August 7, 2019 at finer bookstores and comic book shops everywhere. 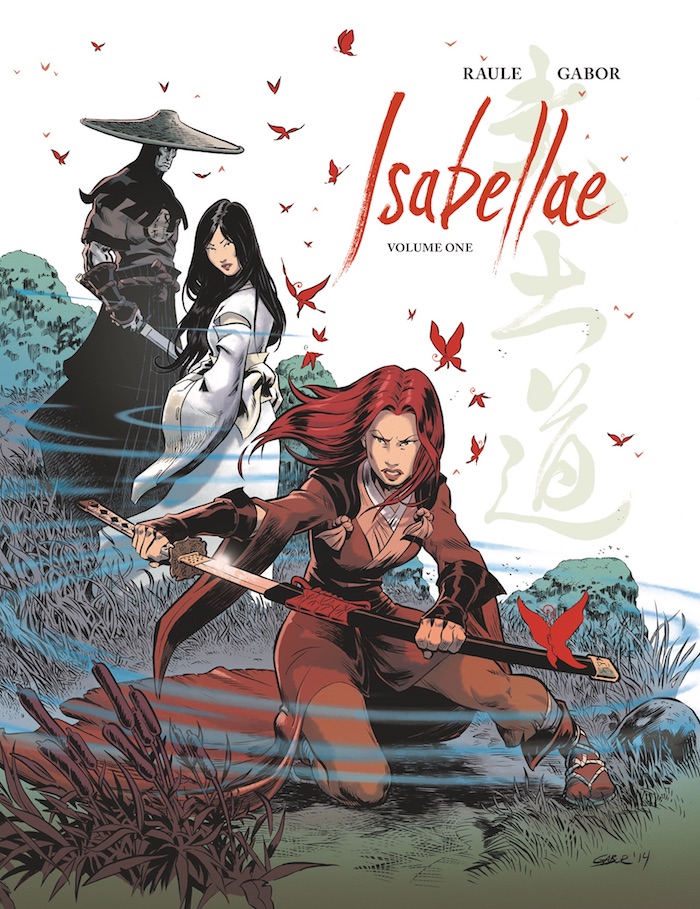 Staff Writer at Horror News Network
Nick joined the website in 2015. His lifelong love of comics and horror began with Universal Monsters and the Incredible Hulk. He has fond memories of going to Waldbaum’s supermarket with his mother and being rewarded with a 3-pack of sealed comics. It’s been all downhill from there… Since those early days, his life has been immersed in four color action and scares on the silver screen.
http://www.horrornewsnetwork.net/wp-content/uploads/2018/12/isabellaecov.jpg 909 700 Nick Banks http://www.horrornewsnetwork.net/wp-content/uploads/2016/05/HNN-logo.jpg Nick Banks2018-12-23 10:06:002018-12-23 10:06:00Dark Horse Comics Delivers Ghosts, Witches, and Samurai In 'Isabellae' Volume One
0 replies

David Ian McKendry Discusses the Mistletoe & Madness of ‘All the Creatures...

Trailer for Jordan Peele’s ‘Us’ Arrives
Scroll to top