Over the past few years, Cullen Bunn has become without question one of the most sought after and prolific comic book writers on the planet. With work on titles like  Blood Feud, The Sixth Gunn, Hellheim, Deadpool, Spiderman and Harrow County, Bunn has covered many genres along the way.  This year the Horror Comic Award winning writer will be adding Regression to his resume.  We recently caught up with Bunn to talk about the new series and what else we can expect from the “Bunnderdome” in 2017.

Horror News Network:  First off, congrats on being names Horror News Network’s Horror Comic Writer of the Year! You’ve been so incredibly prolific over the last few years.  How do you keep that creativity flowing so consistently?

Cullen Bunn: Thank you! Horror is something I dearly love, so it’s an honor to be recognized as contributing to the genre!

The creativity aspects of the job have never been a problem for me. In fact, one of the reasons I work so much is that I have all these ideas flowing through my brain all the time, and I just want to get them written! The only real problem for me is time management and a tendency to over commit. I got through this every now and then. I want to do everything, even when it’s not possible.

I know I should—for the sake of my sanity—get better about that, but I know it’s not gonna happen.

Horror News Network:  You’re currently working on several titles besides the upcoming Regression, one of which being the fan favorite Harrow County.  Any update on the SyFy adaptation?

Cullen Bunn: The script for the pilot episode (and an outline for several seasons) has been developed and is making the rounds with the powers that be. Becky Kirsch, who is working on the scripts, has an amazing take on the story. It’s both true to the source material and exciting and new. Fingers crossed!

Horror News Network: Let’s chat about your new Image title, Regression now.  It’s based around your main character, Adrian, going for past life regression therapy and bringing something back with him from the past.  What was the inspiration for storyline?

Cullen Bunn: My father was a professional stage hypnotist, and I saw many strange feats of the human mind while watching him perform. Sometimes, in smaller group sessions, he would conduct past life regressions. That’s when things got really strange. I witnessed people describing—in vivid detail—day-to-day life from centuries earlier. I heard people speaking with perfect accents from faraway lands. I heard others speaking in languages they didn’t know.

There was this one guy, though. My dad hypnotized him and started the regression. He went back five years, ten, twenty, and the guy recalled precise details from his youth and childhood. But when he was regressed even further, into the years before he was born, the subject just sat there in this still, eerie silence. My dad said that maybe he had never had another life. But I remember thinking that they guy DID have past lives, but they were too frightening to talk about.

That has stuck with me for all these years. And somewhere along the way, the notion struck me: what if your past life was awful? And what if, when you did a past life regression, the awfulness followed you back? 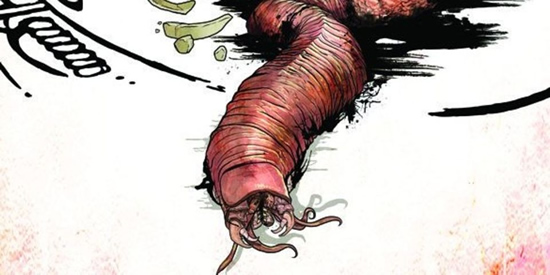 Horror News Network: How does Adrian’s journey with the past affect his character?  Is it symbolic of anything?

Cullen Bunn: It’s said that your past always catches up to you. It’s there. What’s done is done. You can make peace with it, or you can let it consume you. In this case, though, Adrian is dealing with a past that is not really his own. He’s connecting with the life of Gregory Sutter, who is not a nice man and who did some very wicked things. How do you make peace with that? It impacts Adrian in a big way, though, because when we first meet him he is a pretty closed off person. As his story continues, as he deals with the repercussions of a past life intruding on his consciousness, it forces him to remember and deal with events in his own past.

Horror News Network: Have you ever had past life regression therapy?

Cullen Bunn: Oh, Lord no! At least, not the way my father used to conduct it. When I was in college, I attended a kind of new age group past life regression session. More than anything, I was just curious if it compared to what my father used to do. Suffice it to say, it did not. It was more about daydreaming about what other lives you might have lived. I can’t imagine that an event like that would do anything to change a skeptic’s mind.

But I wouldn’t dare even let anyone try to hypnotize me. I’m too much of a control freak.

Horror News Network: What else can we expect from the “Bunnderdome” in 2017?

Cullen Bunn: Well, in addition to Regression, I’m working on a number of horror-themed comics. We’ve got The Damned, which is a horror/noir story, a prohibition gangster tale with demons. That was the first comic I ever worked on professionally, and we’re finally bringing it back as an ongoing. But that’s not all, I have four other creator-owned books, all either overt horror or with horrific themes, that will be announced in the next few months. I’m definitely planting my feet in the bloodstained ground of horror comics!

Regression hits comic stores on May 10th through Image Comics. 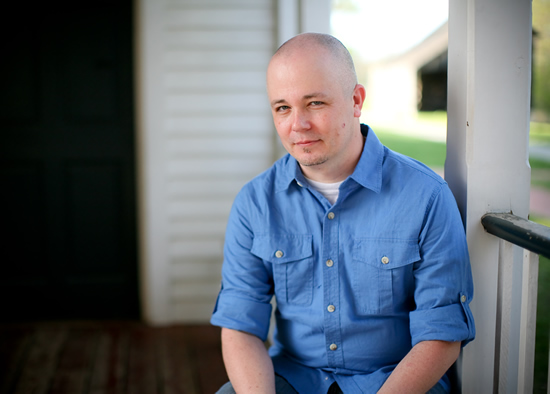 Senior Editor at Horror News Network
Christine Bucci-Caprilozzi joined the Horror News Network staff in 2005 when the site was still ComicMonsters.com. She started as a Staff Journalist adding interviews, comic reviews and convention coverage. Christine is also the Lead Organizer/Director of the CT HorrorFest and is a firm believer in keeping the indie spirit of the horror community alive. You can follow her on Twitter @Christine_HNN.
http://www.horrornewsnetwork.net/wp-content/uploads/2017/03/Regression.jpg 275 550 Christine Caprilozzi http://www.horrornewsnetwork.net/wp-content/uploads/2016/05/HNN-logo.jpg Christine Caprilozzi2017-03-15 22:42:352017-03-15 22:47:57Cullen Bunn Discusses Regression and Upcoming 2017 Horror Comics
0 replies

Fox In Negotiations With J.D. Dillard to Direct The Fly Remake
Scroll to top