While most people know R.L. Stine for his beloved Goosebumps series of books for children, Fear Street is where it all began in 1989! The literary franchise was aimed at older kids than the target audience of Goosebumps, and many of its memorable titles served as a gateway between the “kid’s stuff” and the more grown-up works of Stine’s contemporaries. This summer, Stine will be returning to Fear Street in the aptly-titled franchise, Return to Fear Street! The new series first hit store shelves in 2014 after a 15 year hiatus following the end of the original series. The next book will be called, You May Now Kill the Bride, and it will be available in bookstores on July 24th, 2018.

The cover art for You May Now Kill the Bride features retro-style cover art which has been made popular by many “return to the past” franchises in recent years (*cough* Stranger Things *cough*), including faux wear and tear around the corners of the book and a somewhat-faded color palette. You can view the entire cover art below: 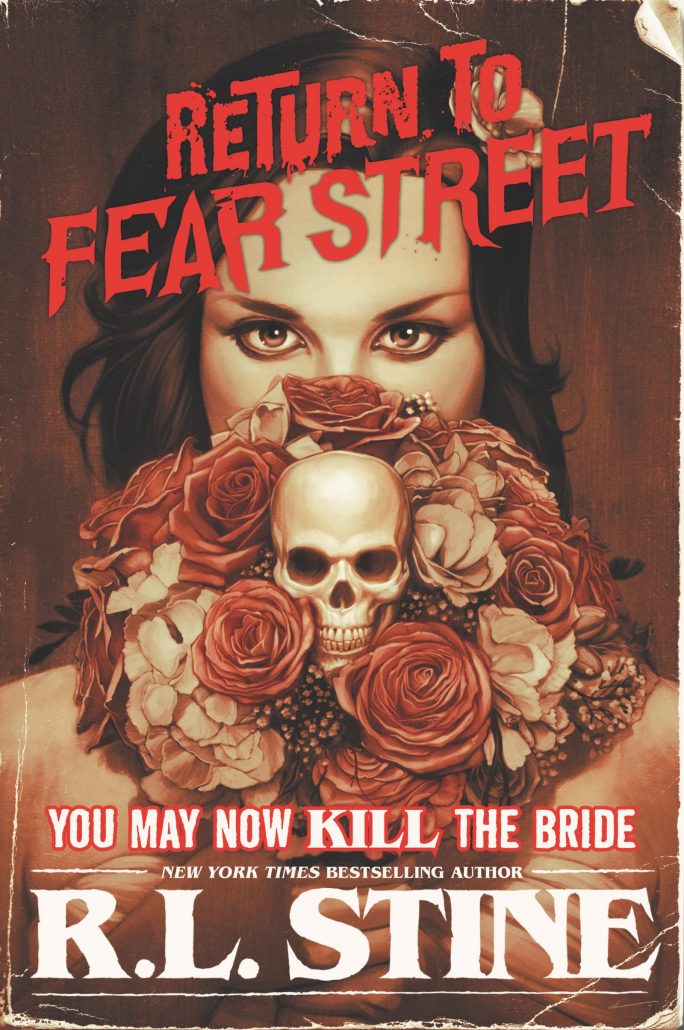 You May Now Kill the Bride launches at a time where interest in Stine’s work is greater than it’s been in decades. This summer, we reported that 20th Century Fox is working on a trilogy of movies based on the Fear Street franchise, and just last week we learned that the sequel to Sony’s Goosebumps movie will see the return of Jack Black and new cast members hailing from the popular It and Jumanji films of 2017.

Netflix has snatched up a trio of films based on works by popular horror writer R.L. Stine. The streaming giant has closed a deal...
Read more

Series Based On R.L. Stine’s ‘The Babysitter’ Books In The Works

Big news for fans of R.L. Stine as yet another one of his works is being adapted on the small screen. Lookout Entertainment announced...
Read more

IDW Publishing has announced a new entry in the Goosebumps series today with an upcoming comic called Goosebumps: Secrets of the Swamp. The five-issue...
Read more

While you're waiting for the new live-action TV series based on the R.L. Stine Goosebumps novels to debut, you can get your thrills and chills from...
Read more