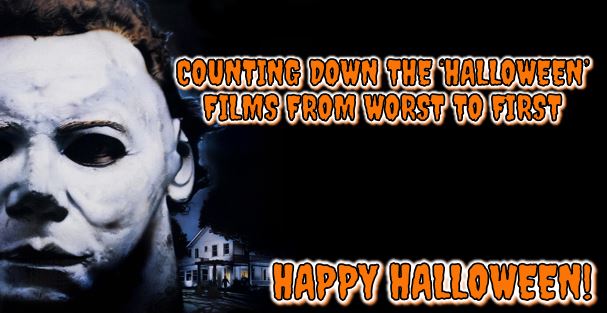 Counting Down the ‘Halloween’ Films from Worst to First

Hi everyone and Happy Halloween! On this, the most joyous of days, I figured that it would be appropriate to discuss the films that take their name from this most sacred of holidays: the Halloween franchise! Lists like this always stir up tons of emotions and cause arguments that may or may not result in fisticuffs but I’m going to throw caution to the wind and rate the franchise from worst-to-first.

Let’s begin, shall we? 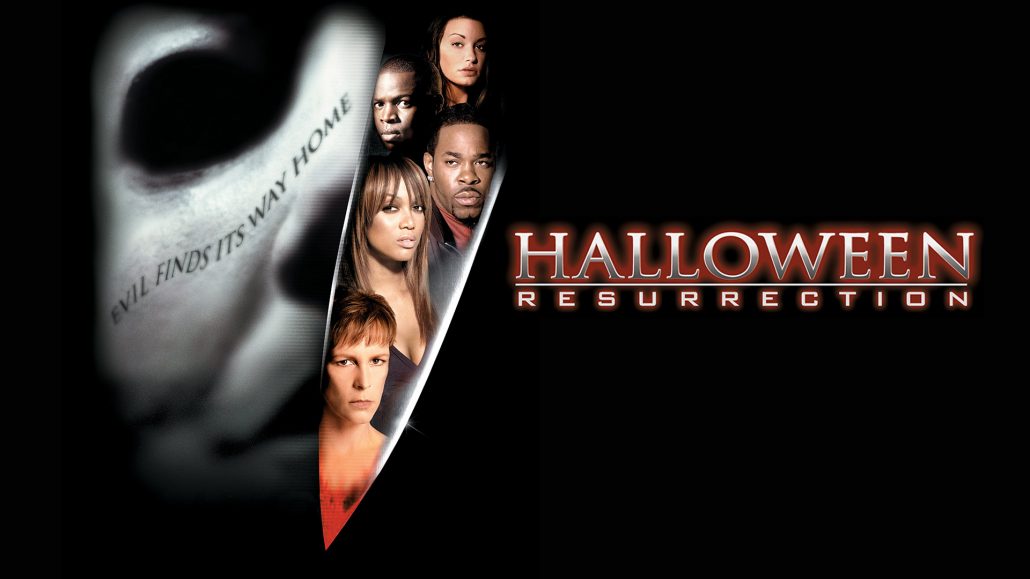 Halloween: Resurrection (2002)
Where to begin with Resurrection? How about we start with Busta Rhymes beating up Michael Myers with kung-fu? Nah…let’s get even sillier than that: Michael Myers gets his penis electrocuted…there it is. In this follow-up to the successful resurgence of the franchise with H20, the studio brought on original Halloween II director Rick Rosenthal to work on a god-awful script by Sean Hood and Larry Brand; they basically lifted the piece from The Curse of Michael Myers where the Howard Stern-like DJ wanted to broadcast from the actual Myers house and jammed it into this film – but instead of a live radio broadcast, Busta Rhymes hosts kids in a reality TV show in the Myers house. Whatever. The only saving grace here is that Jamie Lee Curtis is amazing with her ten minutes (even though her story is confusing as hell too); I suggest watching H20 and then the first ten minutes of this and then shutting it off forever. 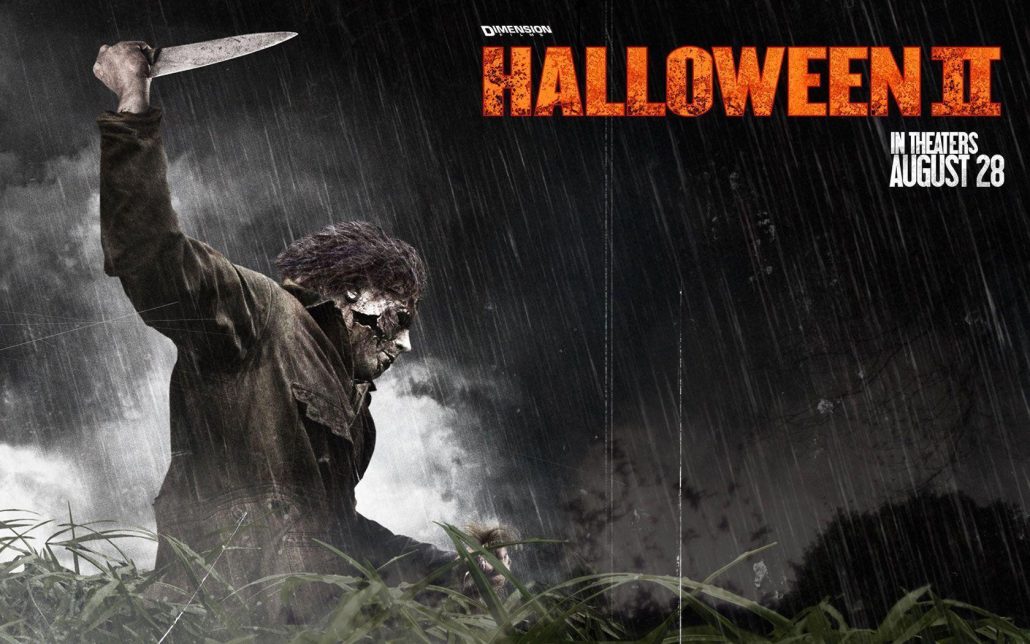 RZ’s Halloween II (2009)
Sheri and Malcom and white horses – oh my! What a hot mess this film is. I feel icky even writing about it. This film is purely a vehicle for Rob Zombie to jam his wife in our faces and to piss on the legacy of the Halloween franchise. The only reason this is not in last place is because the performances of Brad Dourif, Danielle Harris and Scout Taylor-Compton trump the awfulness of Busta Rhymes and his reality show. 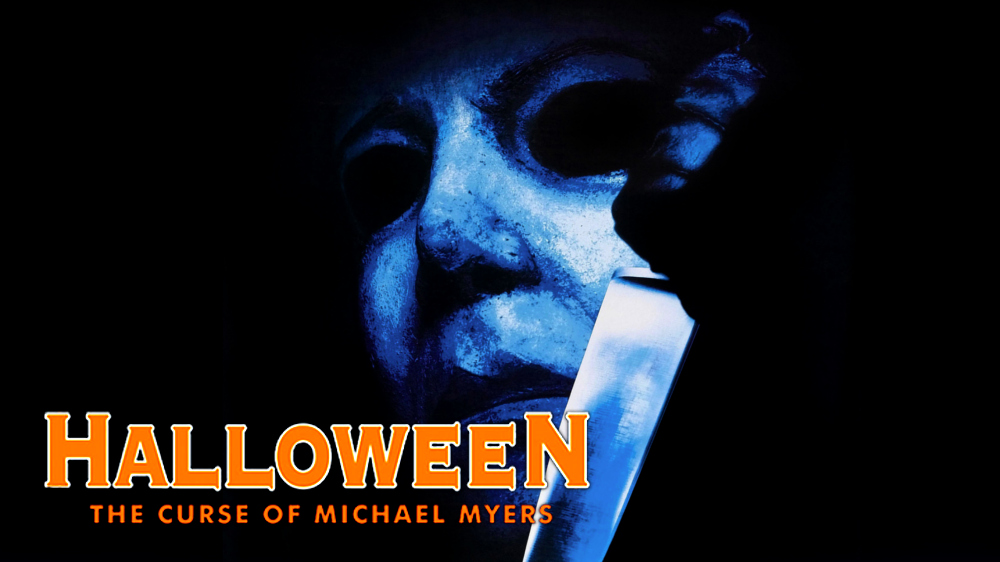 Halloween 6: The Curse of Michael Myers (1995)
So sad that this was one of the last films of the great Donald Pleasance…and the first starring role for Paul Rudd…erm..make that “Paul Stephen Rudd”. If we were giving awards for “odd stories involving Michael Myers”, this one would take the cake. Attempting to explain the “man in black” who broke Michael out of jail at the end of Part 5, this film is full of Druid lore and the “Curse of Thorn” (which is explained even more in the longer Producer’s Cut of the film). So apparently Michael is part of some weird cult? Okay. Also, they decided not to have Danielle Harris reprise the role of Jamie Lloyd which she had for parts four and five – dumb.

Halloween 5: The Revenge of Michael Myers (1989)
I remember anticipating something good when I went to see this one in the theater – didn’t happen. I have to admit that I was kind of expecting Jamie Lloyd to turn into a killer based on the ending of Part 4 but alas, it wasn’t meant to be. Instead, Jamie is locked up in a children’s mental hospital and is unable to speak but is quite able to draw pictures of her uncle Michael’s whereabouts based on a psychic bond she has with him (where is the “facepalm” emoji on this thing?). This one also started the whole “man in black/Curse of Thorn” crap. Not to mention the cops that are accompanied by cartoon music every time they show up. Absolute shit-show. 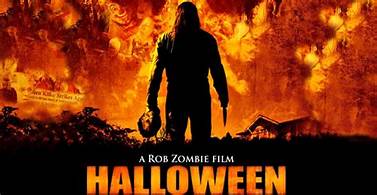 RZ’s Halloween (2007)
Allow me to be the billionth person to say this: explaining Michael Myers’ backstory by showing us his childhood full of animal torture and the abuse at the hands of school bullies and his white trash stepfather takes away the very thing that makes him scary in the first place: the unknown. Not to mention, so much time was spent on explaining his backstory and his early years at Smith’s Grove Sanitarium that by the time we get to Laurie Strode and her friends, there’s no time left to build those characters so who cares when they get killed? The only part I really enjoyed was the comic relief provided by Ken Foree’s character at the truck stop bathroom. Next. 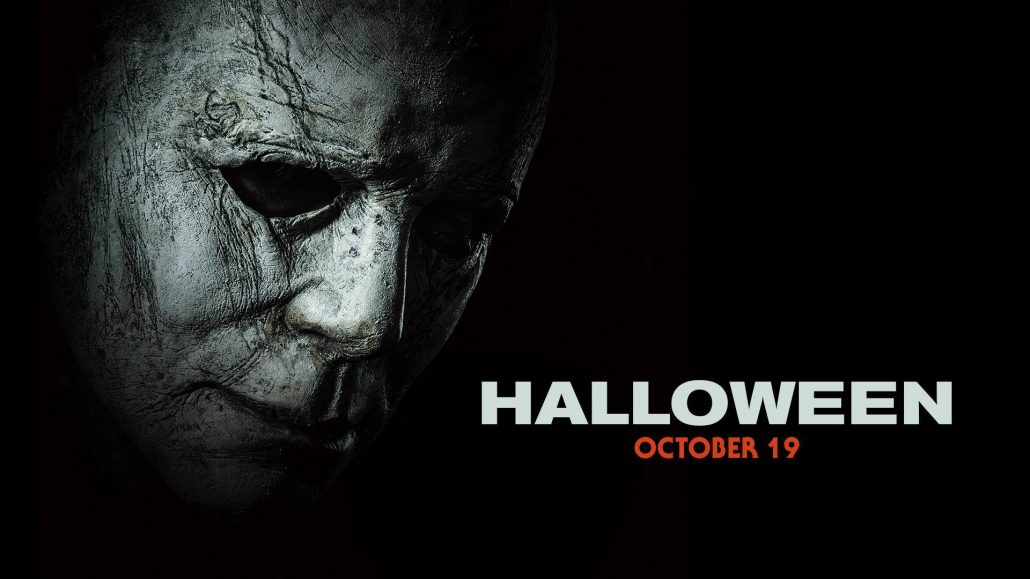 Halloween (2018)
When news came out that this film was retconning all previous sequels, I was hesitant because I love, and have always loved, 1981’s Halloween II. That said, I vowed to give the film a fair shake. I was there to see it on opening night with an open mind and I left an hour and forty-five minutes later with a broken heart; well maybe not quite broken but injured. The film makers decided to turn Michael Myers into Jason Voorhees or Victor Crowley; a ruthless killer breaking into every home on the block mindlessly looking for victims – in essence, something Michael never was. Relying too heavily on the nostalgia factor with callbacks to the sequels they retconned, they made poor decisions to half-ass develop characters that never went anywhere (the boyfriend, for example) and threw one of the worst curves I’ve ever seen in a film (the doctor). A great performance by Jamie Lee Curtis couldn’t save this film. Such wasted potential. 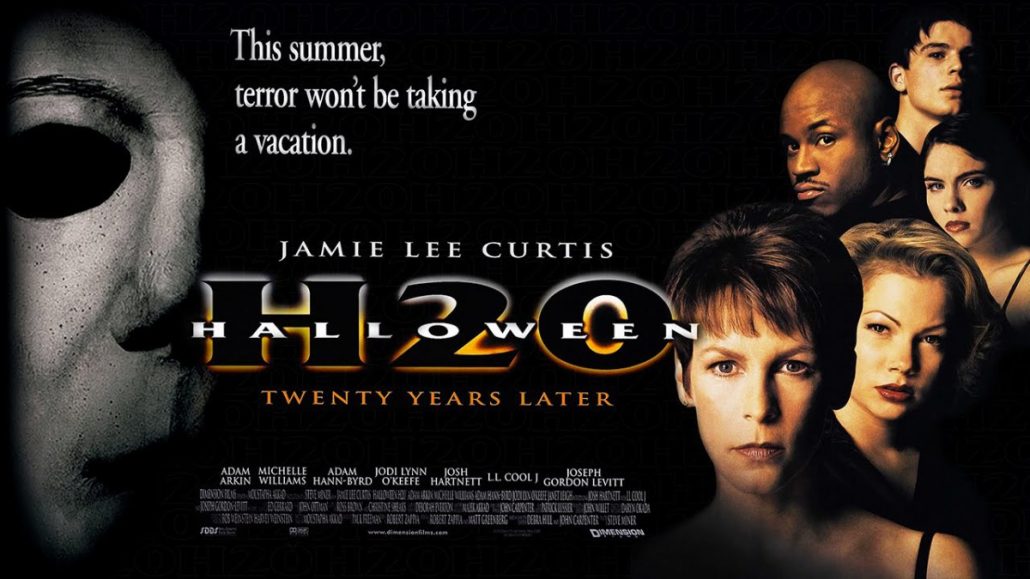 Halloween H20: 20 Years Later (1998)
Twenty years before this year’s Halloween, there was H20 which retconned everything since the original Part 2. So there was never any Jamie Lloyd; Laurie Strode escaped the hospital at the end of Part 2 and Michael’s body was never found. Twenty years later Laurie Strode is living under an assumed name and is a headmaster at a prep school in California with a seventeen-year-old son. Of course, Mikey shows up to wreak havoc on his sister and nephew..and their friends..and LL Cool J. H20 is a decent sequel with some good moments – definitely a Scream influence here but it made sense to do that in 1998 like it would make sense to do a “retro 80’s” theme in 2018. Josh Hartnett is awful but JLC is great as always. 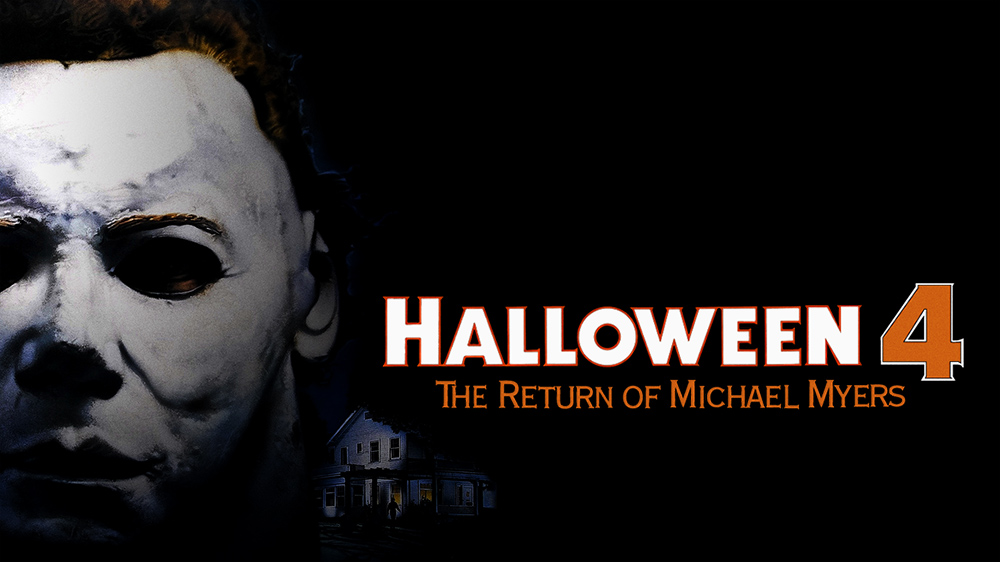 Halloween 4: The Return of Michael Myers (1988)
Other than having the most god-awful Michael Myers mask in the entire franchise, Part 4 was a decent return to the Myers saga that we all thought had died on the burning floor of Haddonfield Memorial Hospital in 1981. Part 4 introduced the daughter of the deceased Laurie Strode to the franchise – played by the young Danielle Harris, Jamie Lloyd lit up the screen as the niece of Michael Myers. While the film is not without its problems (some bad performances as well), it was a welcome return for Michael and ended with what I hoped would be a new direction to the franchise (wasn’t meant to be though). 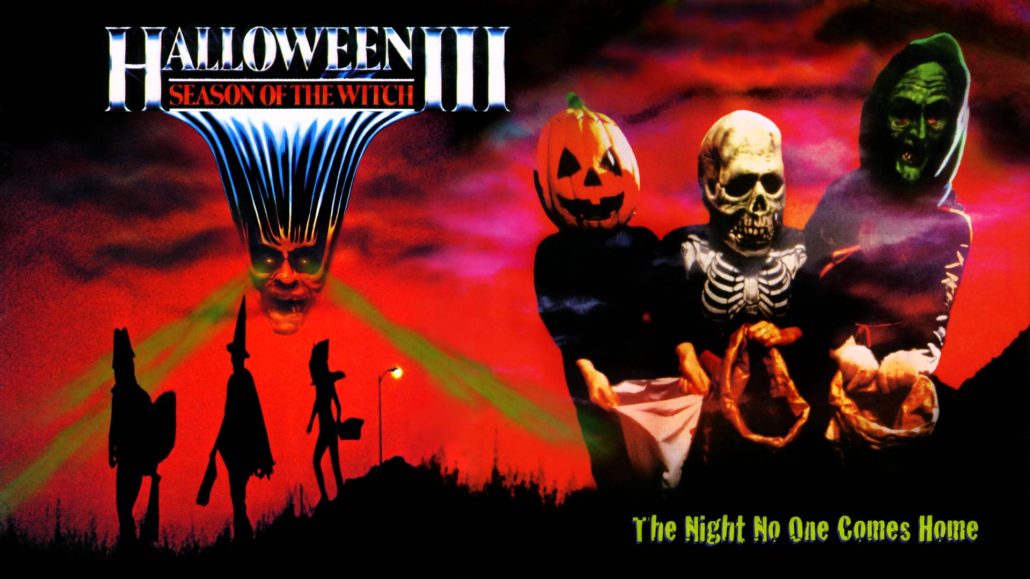 Halloween III: Season of the Witch (1982)
I was nine years old when I begged my father to take me to see this film. He took me to the Merritt Theater in Bridgeport one day after he got out of work. When it was over, I cried inconsolably; it took him fifteen minutes to get it out of me that I was crying because Michael Myers wasn’t in the movie. I held onto that hatred for many years – into my twenties in fact. Something made me give Season of the Witch another whirl and I realized that as a stand-alone film, it really is a gem and Tom Atkins is a god among us mere mortals. 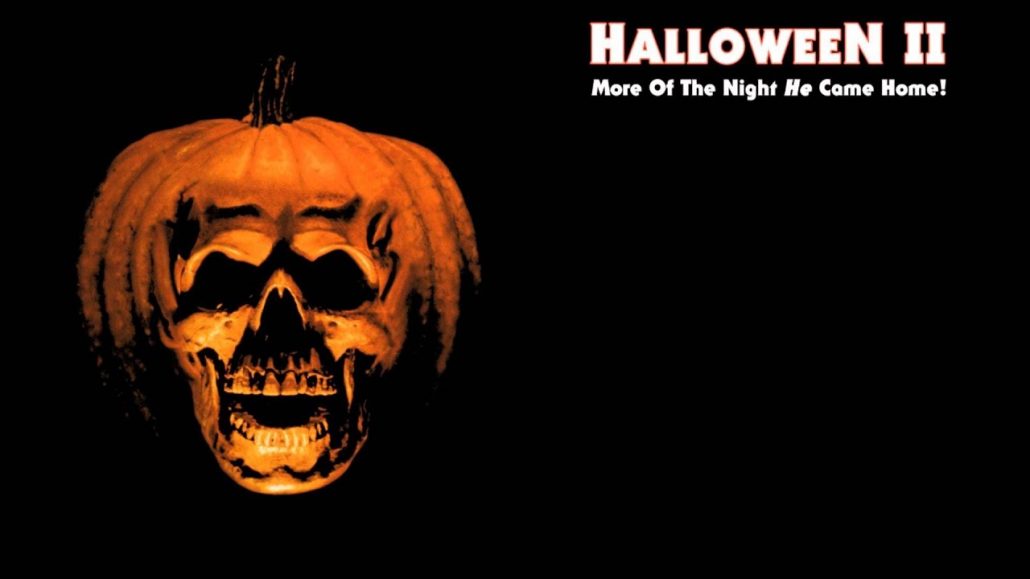 Halloween II (1981)
In my eyes, one of the best sequels of all-time. Halloween and Halloween II, when run back to back, plays like a perfect three-hour slasher film and I’ll never be convinced otherwise (change my mind).

Halloween (1978)
The greatest slasher film of all-time and still my favorite horror movie. What can be said about Halloween that hasn’t already been said a million times by people far better with words than I am? A flawless film and an inspiration to countless filmmakers and fanboys like myself. Thank you, John Carpenter, for your brilliance.

Well, kiddos, that’s it; I hope that you don’t hate me too much. Now get your costumes ready and head out for some trick or treating. Just be sure to watch out for the Boogeyman.