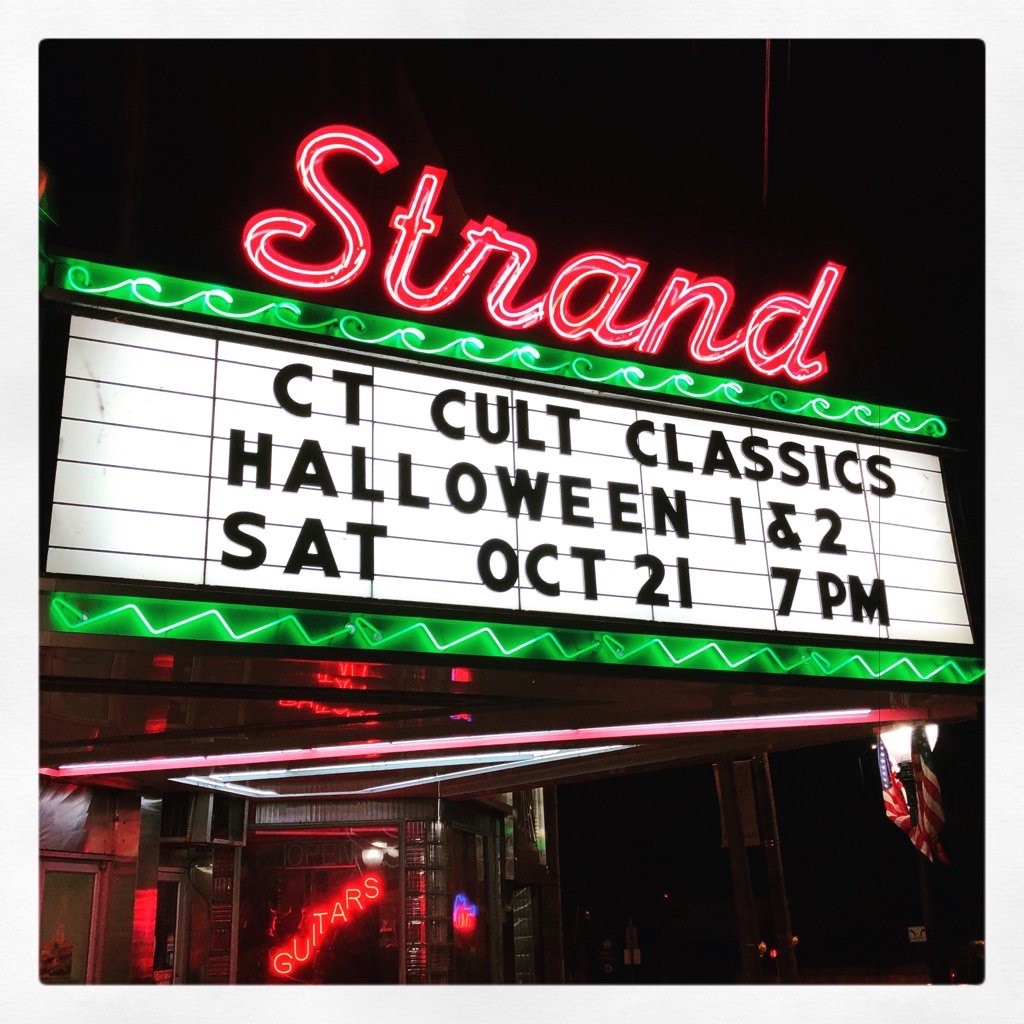 On an unseasonably warm Saturday night in Seymour, CT, Larry Dwyer brought the Halloween season to the horror faithful.  Dwyer’s Connecticut Cult Classics held “The Night HE Came Home” double-feature at the Strand Theater to a packed house of eager horror fans.  Consisting of John Carpentae’s Halloween (1978) and Halloween II (1981), the quintessential dark holiday films were only part of the experience as once again each attendee was treated to a bag full of Halloween-themed goodies, an opportunity to obtain a limited edition print created just for the event, and even a t-shirt cannon spraying the crowd with exclusive CCC shirts!  It was a remarkable night that further cemented CCC film fests as the area’s unquestioned can’t-miss event.

After being treated to the appropriate mood music as they made their way to the their seats, the attendees (coming from up to an hour and half away) had the pleasure of viewing a new short film from local Emmy-winning filmmaker Erik Bloomquist titled She Came from the Woods.  The opportunity to showcase exclusive content adds a new and unique layer to the entire experience, as the crowd was very pleased with Mr. Bloomquist’s movie.  Following the ever-popular nostalgic theatrical trailers, the first two entries into the iconic and untouchable (sorry, Mr. Zombie) Halloween film franchise were shown in all of their horror-tastic glory. The slasher films have remained relevant each All Hollow’s Eve for the past 40 years, and for good reason.  The audience was sufficiently whipped-up into a festive fever pitch by the time Michael Myers was swinging wildly and blindly with a scalpel, and went home satisfied once again.  The killer raffle prizes, announced during the intermission with Larry’s adorable daughter Jaelynn pulling the winning numbers, made the night even more special for quite a few folks. The prizes were many and varied, and included an autographed 8X10 photo of Nick Castle, an original Halloween 2 soundtrack on vinyl, and lots of collectibles and DVDs provided by the sponsors (among others.)

For The Night HE Came Home”, the list of classic film trailers shown was top-notch.  Everything from the cult classics (The Video Dead) to the bizarre (Tammy & the T-Rex), the laughable (Stone Cold) to the awesome (Chopping Mall) were represented.  And as a bonus, we were treated to the most violent (and heavy metal) version of the “Let’s All Go To The Lobby” vignette you will ever see.  If it didn’t increase concession sales by 50%, nothing will.  And as a nod (and a spoiler) to what would be on the bill for the next CCC double-feature on December 16th, the original trailers for both Black Christmas (1974) and Silent Night, Deadly Night (1984) were shown.  The fantastic double-bill was the winner of the online vote that Mr. Dwyer held on the CCC website.  Emerging from a fantastic list of contenders (Die Hard/Gremlins and Return of the Living Dead/Shaun of the Dead were personal favorites), the Christmas show is again shaping up to be one of the best.

The next double-feature event presented by Connecticut Cult Classics will be on Saturday, December 16th, with the aforementioned dynamic duo of Black Christmas and Silent Night, Deadly Night.  HNN will definitely be in attendance, ready to partake in all of the gory yuletide shenanigans. 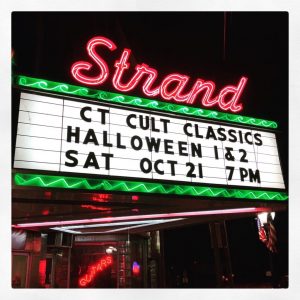 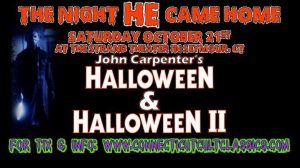 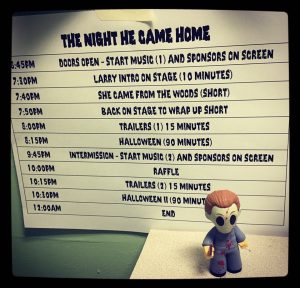 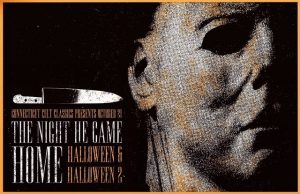 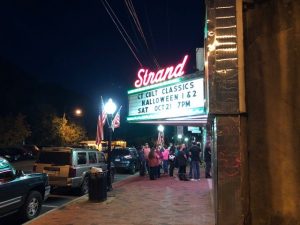 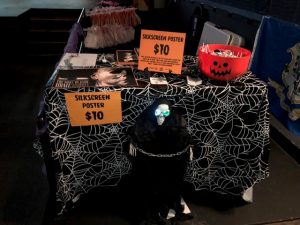 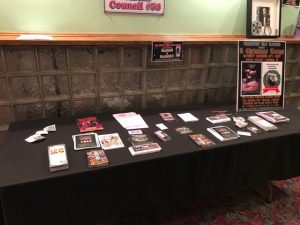 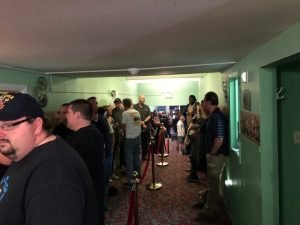 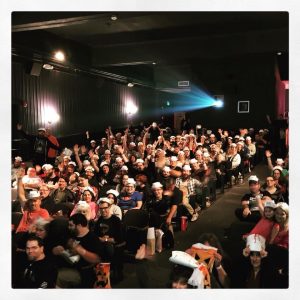 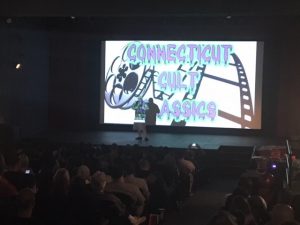 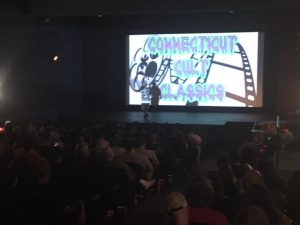 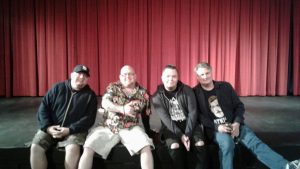 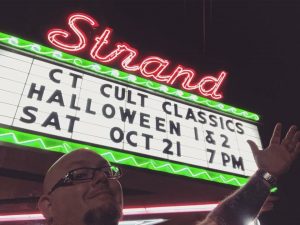 Not only will John Carpenter's horror film legacy grow this October with the release of Halloween Kills, but his influence on comic books will be felt...