Chip Mosher, comiXology’s Head of Content, was excited to unveil the new titles, saying that “October is more than just a time for pumpkin spice everything, it’s a time for reading great horror comics.  October’s debuts are wickedly entertaining and more than a little frightening. There’s the terrifying origin story of the world’s most famous vampire in Dracula: Son of the Dragon, the unexpected locked-door sci-fi mystery of Josie and the Pussycats in Space,a the wildly weird and disturbing psychological thriller about dreams and reality in Tremor Dose.  And, of course, the shocking urban supernatural adventure announced at SDCC about a ride-share to a very final destination in Afterlift.”

Chip Zdarsky’s highly anticipated new series Afterlift was originally announced at SDCC 2019.  Zdarsky (an Eisner Award and Joe Shuster Award winner) and artist  Loo, will explore the life of Janice Chen who “… quits her day job in finance and signs up to be a driver on a ride-sharing app. But what was at first a mundane but enjoyable way to pass the time takes a terrible turn when a mysterious passenger updates his ride with a very final destination: the afterlife!” 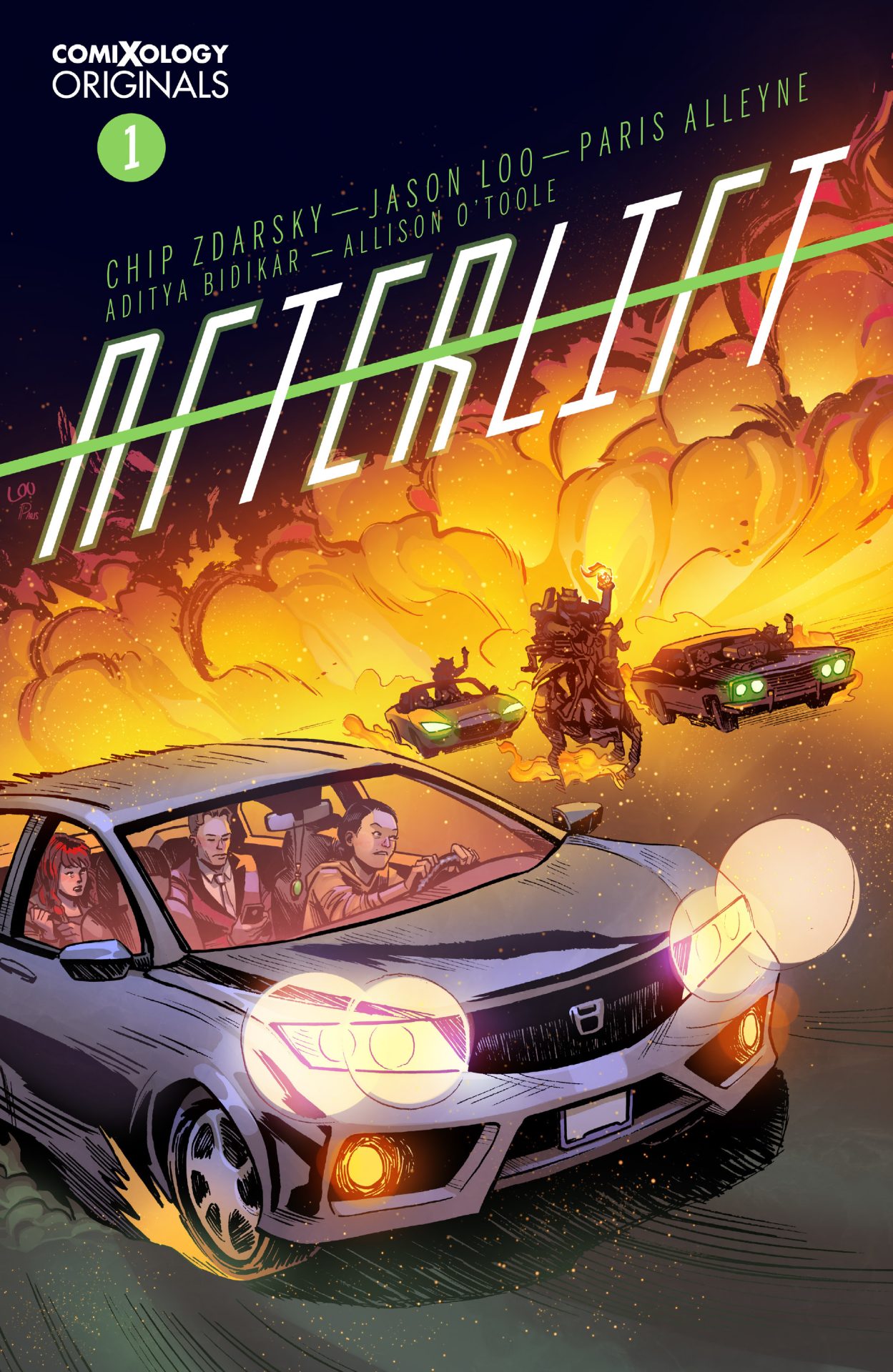 Staff Writer at Horror News Network
Nick joined the website in 2015. His lifelong love of comics and horror began with Universal Monsters and the Incredible Hulk. He has fond memories of going to Waldbaum’s supermarket with his mother and being rewarded with a 3-pack of sealed comics. It’s been all downhill from there… Since those early days, his life has been immersed in four color action and scares on the silver screen.
http://www.horrornewsnetwork.net/wp-content/uploads/2019/10/AFTERLIFT1-COVER.jpg 3056 1988 Nick Banks http://www.horrornewsnetwork.net/wp-content/uploads/2016/05/HNN-logo.jpg Nick Banks2019-10-17 18:33:472019-10-17 18:33:47ComiXology Announces Four New Horror Comic Series This October
0 replies

‘The Simpsons’ Annual ‘Treehouse of Horror’ Episode...
Scroll to top