HNN: Many fans were introduced to your work through Creepy and Eerie magazine. What memories do you have from working on those classic horror tales and is there one that your particularly enjoyed illustrating?

Corben: When I reached the age where I really wanted to do something professional with my comics, the days of the classic “EC horror comics” were long past.  Then Warren started publishing Creepy and I found my goal.  I’m afraid they didn’t just welcome me with open arms.  My effort to join the Creepy collaborators is a long and convoluted story itself.  During that time I also found the fan comics and the underground comics which I took to with enthusiasm.  But with the help of Bill DuBay who was Warren’s editor, I finally started getting assignments.  Looking back, I really loved those times and the work I did then.  As you can probably guess, doing the Poe adaptations were my favorites.

HNN: In recent years, you have worked with Mike Mignola on a number of fan-favorite Hellboy stories. Hellboy is certainly a character that is up your alley in terms of the strong barbarian types, but what was it like working with Mignola on the stories?

Corben: I was working for Marvel when the opportunity to work with Mike just happened one day.  It took me about 2 seconds to decide and accept.  I feel Mignola is one of the top writer/artists working in comics. I knew I could learn a lot from his great talent and it was a great pleasure drawing his stories.  They consisted of an action synopsis rather than a complete script.  He would add the final text after I had completed the art. 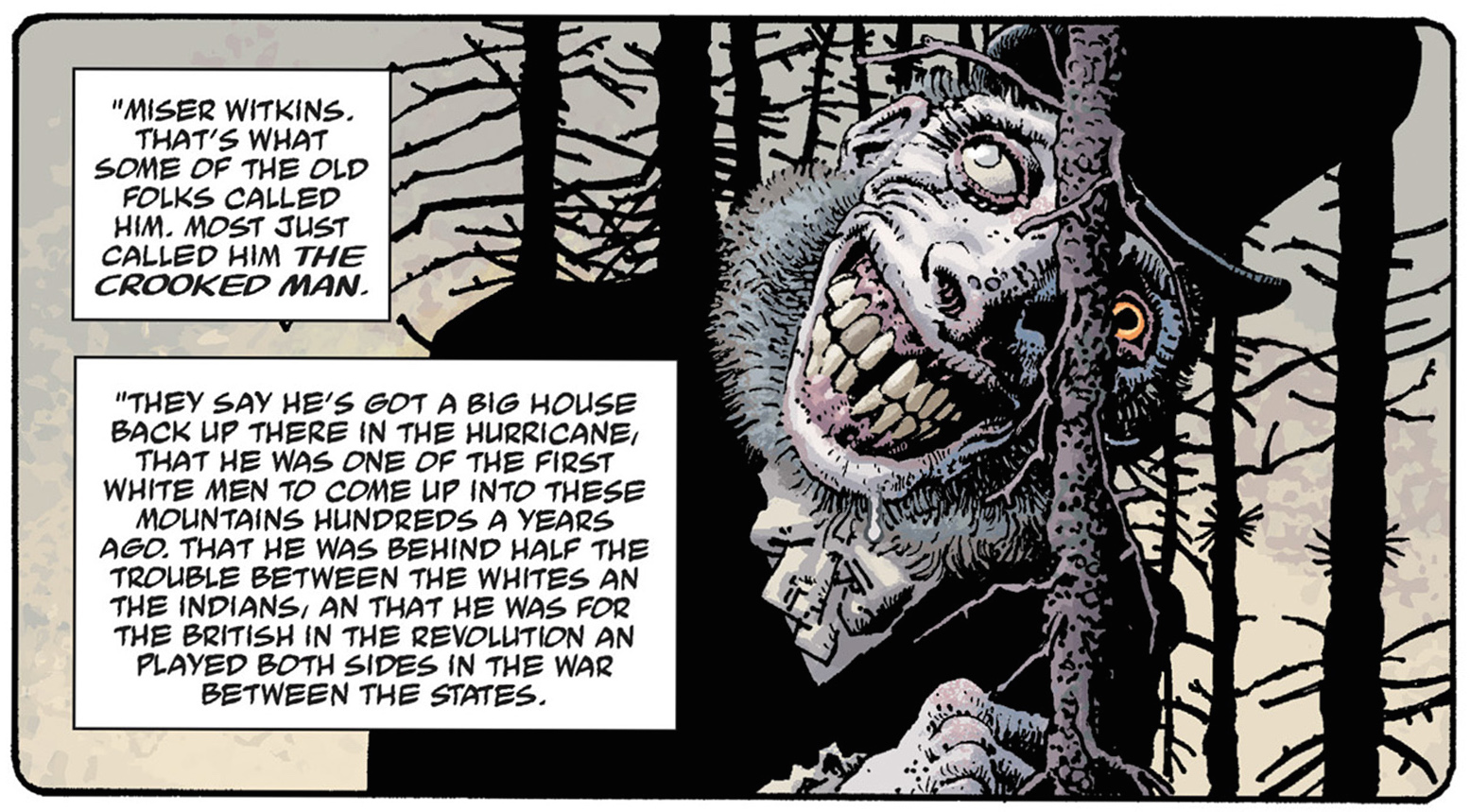 HNN: Aside from Creepy and Eerie, many people discovered your art through Heavy Metal. You recently began work on a 15 part story entitled Murky World.  Do you prefer working in this episodic style and what can we expect from the series?

Corben: There are many reasons I wanted to return to Heavy Metal:  The freedom to write, draw, and color all the pages myself with the help of my colorist.  Also, there is a greater freedom with the subject matter because there is less concern about nudity and sexual content at HM.  Finally, the pressure to complete a large number of pages with a tight deadline is not an an issue.

The story of Murky World is Tugat’s self-realization, which I suppose is not all that original, but I hope to add a lot of original elements in my own style, such as transvestite wizards, zombie warriors, slave traders, gladiatorial battles in an arena, kidnapping schemes, a giant cyclops, and even more gigantic spiders.  Plus, hopefully, some unexpected twists of plot.

HNN: Any future projects that you are working on or thinking about?

Corben: Funny you should ask.  There tentative plans here to restart my old Fantagor Press publishing with some limited comic editions.  We are also at work on reprinting some older works if we can manage it.

Hellboy: The Complete Short Stories Volume 1 will be released on June 26.

In a summer when fan-favorite films and television series alike continue to be delayed and shutdown for indeterminate amounts of time, some good news...
Read more

A long time in the making, the new Netflix series Locke & Key had its first trailer post online a month ahead of its...
Read more