Bob Wiacek’s prolific career as a comic book artist began in the mid-1970s. He has since worked as an inker for DC, Marvel, Dark Horse, and Valiant on popular titles ranging from Batman to Star Wars; and he is currently fulfilling commission requests for fans on his Facebook page and preparing an upcoming Kickstarter project. Horror News Network caught up with Mr. Wiacek at the 2019 Rhode Island Comic con to reflect on his legendary run on the second series of Man-Thing comics from 1979-1981.

Horror News Network: How did you get involved in the second series of Man-Thing?

Bob Wiacek: I had heard that they were going to bring back the Man-Thing. This was when Jim Shooter was still editor-in-chief. I told him I loved the character and I asked if I could at least pencil and ink the covers and ink the inside. He said, “Alright, Bob. We’ll look into it.” And eventually I pestered him again, and he said, “Okay, we’ll give you a try on the book.” I worked with peniclers Jim Mooney and Don Perlin. There was one back-up issue where I didn’t do the main story. I penciled and inked all of the covers. On a few of the ones toward the end, the basic layouts were done by Ed Hannigan, and I followed his way and added my own style to it. It was a lot of fun to be able to work on the character. I’ve always loved the character since his inception, along with Swamp Thing of course, back in the day. He’s just fun to draw because you can make him a muck, you can make him a tree. He’s just so malleable.

Horror News Network: Man-Thing comes back in 1979 after many of the great monster titles of the seventies had already finished their runs. Why did Marvel decide to bring him back at that time?

Bob Wiacek: I think they just wanted to use the character again, and give it a shot to see if we could make another go of it. Unfortunately it didn’t run as long as the first run. 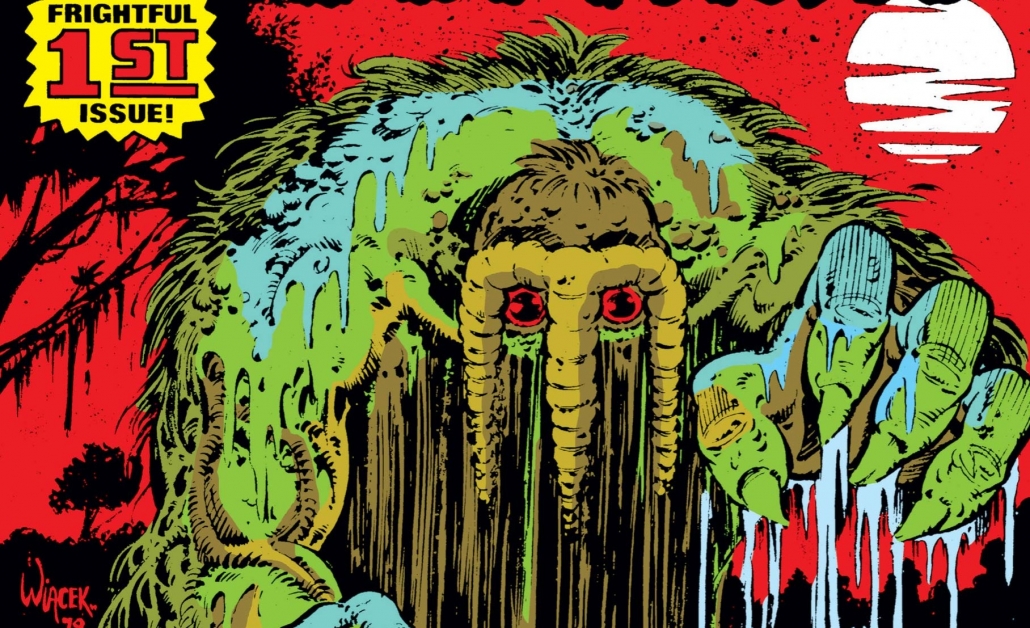 Horror News Network: In what ways did the artists who worked on the first run of Man-Thing influence your style of inking the character?

There was another Man-Thing story I did for Rampaging Hulk. It was a back-up that Jim Starlin penciled and I inked. It was basically very tight, but I added my own atmospheric blend to it. It was sort of looking at Wrightson, looking at Ploog and bringing that kind of feeling out. The textures and all that. That’s the thing I brought to the character itself: making sure it wasn’t clean. I’ve seen people pencil and ink the character and make it look a little too clean and a little too pristine. It always bothered me. I just don’t feel that’s the way the character should be portrayed, but that’s me.

Horror News Network: Chris Claremont has a brief run later in the second series of Man-Thing. How did the book change when he began writing it?

Bob Wiacek: He wanted to take it to other stages. I never really spoke to Chris about it. You’d have to ask him what his thoughts were behind the book. But I thought it was interesting that be brought the Man-Thing into the Arctic in that particular story. I felt that was very strange because, while you could maybe make the creature a little different in that environment, after a while he would be frozen! He would have just not been able to move around if it’s in the Arctic. I was thinking of something along the lines of maybe making him look like the ice was maybe doing something to his body. Basically, Don Perlin was doing all of the layouts. So I was doing finishes on it.  But the story didn’t correlate with what I wanted to do, so I didn’t bother. I just kept what was there.

Horror News Network: Man-Thing is a character who is still such a recognizable cult favorite. Why do you think he’s still so popular to this day?

Bob Wiacek: All I could say is the fact that it’s a character that really doesn’t talk. It just feels. It goes by feelings and it’s just attracted to that kind of emotions from other people, whether they be good or bad. Whereas with Swamp Thing, you always knew what he was thinking. He couldn’t talk, but he could think. I’m talking about the Wrightson run, not later on when Alan Moore took over. I read some of that stuff, and it made the character very interesting later on. I think that’s what it was: just that you could really bring out a lot of things about Man-Thing later on that weren’t explored anywhere else. I had an idea for a story where Man-Thing was actually amorphosizing and these other Man-Things, these other creatures were kind of coming out of him. If he’s a plant, if he’s gonna walk around, he could have other things growing out of him. Other creatures. I was doing a piece like that, but I never presented it to Marvel. But maybe I should!

Swamp Thing has been one of the most enduring "monster titles" to grace comics since the character's debut in House of Secrets #92 in...
Read more

Bittersweet news was announced today by IDW regarding “Frankenstein, Alive, Alive.” Started back in 2012, the four-issue series was a long-term effort by writer...
Read more