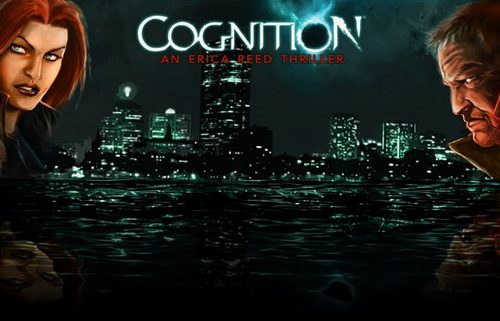 Last Halloween, Cognition: An Erica Reed Thriller kicked off with Scott Reed’s brutal murder at the hands of the Cain Killer. Today Erica Reed finally comes face to face with her brother’s killer in this paranormal adventure game now fully available for PC and Mac from CognitionGame.com, Steam, GOG, and other online stores.

The Story So Far…

When it comes to fighting crime, FBI agent Erica Reed has an ace up her sleeve: a sixth sense that lets her glimpse the past to see how a crime went down. She uses this profile serial killers in Boston, hopeful that her visions will lead to a break in the Cain Killer case. Then she starts finding clues left specifically for her. Someone knows her secret. Are they trying to help, or luring her into a trap?

With three grisly cases solved, Erica finally has the Cain Killer within her reach in Cognition’s intense finale. But her colleagues have fallen and she stands alone — unless she’s willing to accept the help of someone she does not trust. In the moment of truth, will she go for justice or revenge? The choice is yours.

CEO / Owner at Horror News Network
Rob Caprilozzi created Comic Monsters in 2004 and eventually expanded the site in 2009 to Horror News Network. Born out his love for all aspects of horror, Rob still remains hardcore comic fan. You can keep up with him on Twitter @RobCaprilozzi.
http://www.horrornewsnetwork.net/wp-content/uploads/2013/09/cognition-erica-reed.jpg 333 500 Rob Caprilozzi http://www.horrornewsnetwork.net/wp-content/uploads/2016/05/HNN-logo.jpg Rob Caprilozzi2013-09-19 18:29:492013-09-19 18:29:49Cognition: An Erica Reed Thriller Now Available on Steam
0 replies

Top Movies Based on Real-Life Killers
Scroll to top