Hulu’s Books of Blood debuts on October 7th and is based on the series of short stories that put Clive Barker on the map in the mid 1980’s.

If you happen to be browsing through your local bookstore, you may come across a new edition of the original collection with a new, less interesting cover.  It will also most likely have a big green Hulu stamp on the front the proclaiming that the four decade old collection has just been turned into an upcoming anthology film.  Oddly enough, the Amazon listing title calls the book a “tie-in” to Hulu’s film.

In fact, there is nothing new about this edition, as the contents are exactly the same as any other first volume of the Books of Blood, other than the previously stated cover and “tie-in” listing information (sort of how J.R.R. Tolkein’s The Lord of the Rings was a “tie-in” to the New Line trilogy from the 2000s or George R.R. Martin’s Game of Thrones series was a “tie-in” for the HBO series).

In any case, if you’ve never read these fantastic volumes, pick them up before the new Hulu movie airs.  You’ll be able to know more about the film (since these stories are the source material for it). 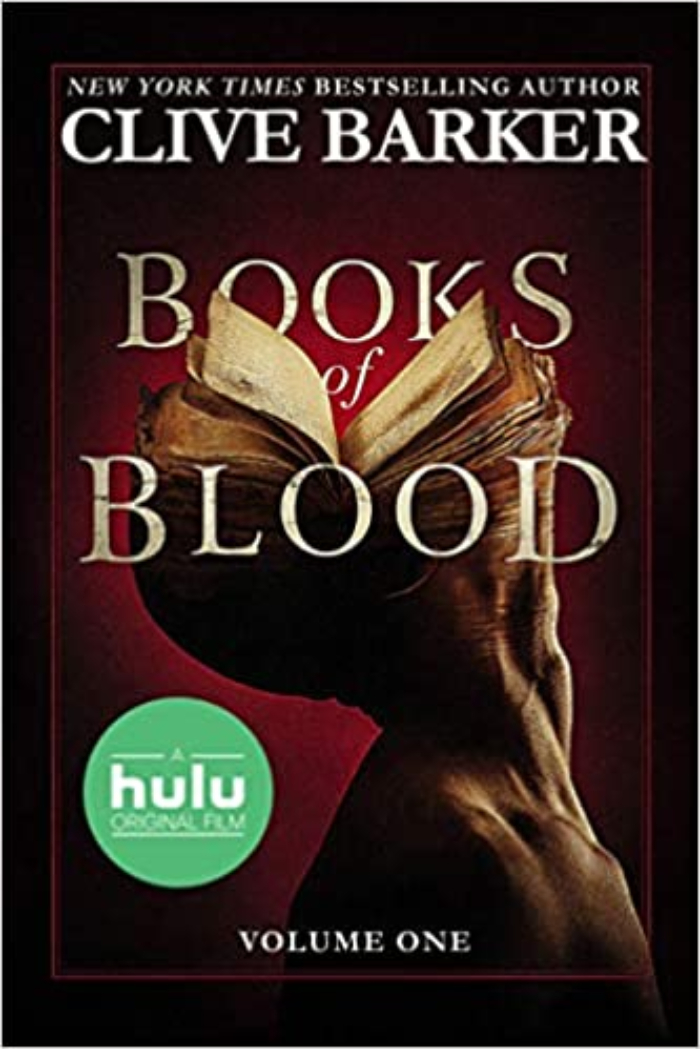 Like Pinhead to a human soul, horror mastermind Clive Barker is tearing the internet apart with updates on projects of his that are in...
Read more

Thankfully, horror (and Marvel Comics) fans only have a handful of days left before the debut of Helstrom on Hulu. The first episode will air this Friday,...
Read more

During a resurgence of cult classic films and TV series, the works of horror mastermind Clive Barker are coming into the fold with the...
Read more