That would be Michael Myers in a new photo–from the upcoming Halloween Kills–that was released this week courtesy of Total Film, as reported by flickeringmyth.com. The image of the infamous bane of Laurie Strode–complete with trademark slashing blade–can be seen on this page.

Director David Gordon Green recently explained his approach to this sequel of the 2018 Halloween reboot. “It’s about the creation of fear,” Green said. “It’s one thing to be afraid of the bogeyman–to have someone who might be in the closet, under the bed, creeping around your house.”

But, the filmmaker said, “we wanted to explore confusion, misinformation and paranoia. What happens when fear goes viral? You can’t just stick your head under the covers anymore.”

Green added that, with the previous installment, they wanted to “find a way for someone who’s never seen the original to get up to speed with the story.” Not so with this film. “This one gets right to the action,” he said. “It’s very aggressive. It’s more efficient.”

That direction, as reported here in Horror News Network, led to an R rating–for “strong bloody violence throughout, grisly images, language and some drug use,” according to the Motion Picture Association. The film’s co-writer, Scott Teems, would not argue with that assessment. Halloween Kills, he said, is “like the first one (2018’s Halloween) on steroids…the bigger, badder, meaner version.”

Halloween Kills–from director Green with a screenplay by Green, Teems and Danny McBride–is the 12th entry in the iconic franchise. The film–set for an Oct. 15 theatrical release–stars Jamie Lee Curtis as Laurie Strode and Nick Castle as Michael Myers (James Jude Courtney also portrays Myers). Halloween Ends–billed as the final chapter in the series–is scheduled for an Oct. 14, 2022 release.

Keep reading Horror News Network for any and all updates on Halloween Kills and Halloween Ends. 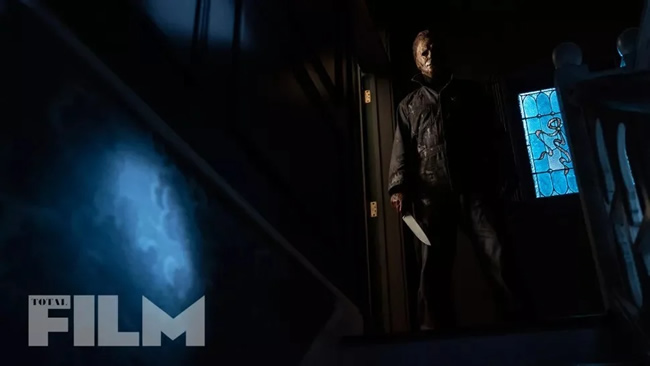 When it comes to filmmakers, none other has made as much an impact on a particular genre as John Carpenter has for Horror. Now...