Welcome to Horror News Network’s Buy / Wait / Rent, a monthly article devoted to the most highly-anticipated horror releases on Blu-ray. Here you will find the best home video releases of each month, along with our opinion on whether each film is a must-own on the first day of release, something you should wait to buy until it goes on sale, or something you’re better off renting for a one-time watch. And now, on to the notable new releases of December 2019! 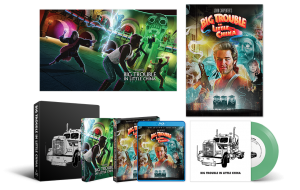 John Carpenter’s Big Trouble in Little China has only grown more popular as it has aged. Shout! Factory usually goes all out with their Collector’s Edition releases, but nothing out there compares to the massive bundle they’ve put together for this release! While there are a variety of different options available, big fans of the film can purchase everything from a steelbook covered from front to back in new artwork to a vinyl copy of the soundtrack housed in a slipcase featuring a faithful portrait of The Porkchop Express. The set also includes two new audio commentaries and a second disc with twelve new interviews. It’s safe to say you’d be in Big Trouble if you called yourself a fan of this movie and your friends found out you didn’t own this set! 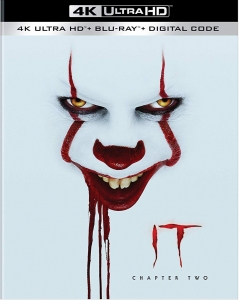 It mania is starting to cool off after years of feverous consumption of all things Pennywise; but Warner Bros. is hoping to cash in one more time this holiday season with their release of It: Chapter Two on home video. The release date price point is more frightening than anything in the movie, and Warner horror titles have been known to radically drop in price in the weeks following their debut. Hold off on this one until it floats on over to the bargain bin. 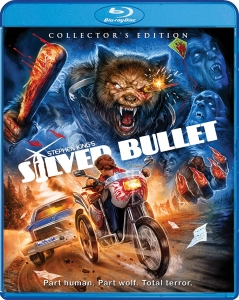 It: Chapter Two isn’t the only Stephen King adaptation I advise that you hold off on buying this December! The seventeenth will see the release of the Corey Haim/Gary Busey film, Silver Bullet, courtesy of Shout! Factory. This release will include a new audio commentary and two new interviews, but it’s nothing you can’t wait for a sale over… especially if you already blew your Shout! budget on the Big Trouble mega set!

Welcome to Horror News Network's Best Horror Movies of 2019, a series where our staff writers declare their top three picks of the year...
Read more

Season 2 of the well-received Shudder horror series Creepshow is gaining steam as we head into the final stretch of this terror-filled year of 2020. The anthology...

Halloween fans now have a new collectible to obsess over. Further Front Publishing has announced a new book, The Legend of Halloween, based on...

The worst could be yet to come as the debut of the Songbird trailer gives us a glimpse at COVID-23. Michael Bay serves as...

Allnighter shocked comic fans today by announcing that they will be adapting the ultra-violent Image Comics series The Strange Talent of Luther Strode as a...

Remaking a classic film--horror or otherwise--is always a tricky proposition. But that hasn't stopped many filmmakers from trying. And one of the most prominent targets...