Welcome to Horror News Network’s Buy / Wait / Rent, a monthly article devoted to the most highly-anticipated horror releases on blu-ray. Here you will find the best home video releases of each month, along with our opinion on whether each film is a must-own on the first day of release, something you should wait to buy until it goes on sale, or something you’re better off renting for a one-time watch. And now, on to the notable new releases of August 2017! 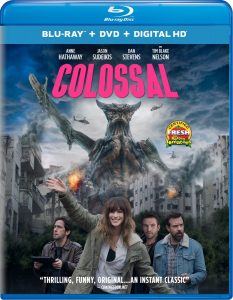 Even though Colossal isn’t a straight-up horror movie, I’m going to have to recommend it as a rental because I’m a big fan of both Anne Hathaway and giant monsters! It’s been well reviewed by critics and writer/director Nacho Vigalondo is currently generating lots of buzz in the Hollywood scene at the moment. This one definitely shows off his goofy side in comparison to his earlier, darker works. For the super fans out there, Mondo has created a special release which includes a statue of the kaiju creature that Anne controls in the movie! 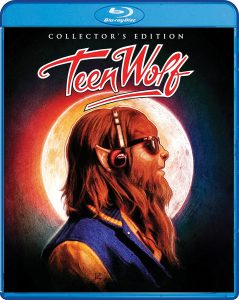 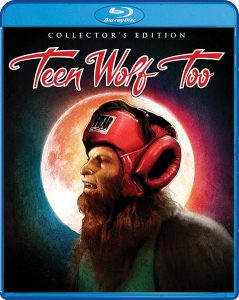 Shout Factory’s Teen Wolf releases continue this month’s trend of sillier titles with horror-related themes! Both films have been lovingly restored and include a wealth of bonus features. With that said, Shout titles are known to be heavily discounted in the months following their release, so casual fans might want to hold off for a while. Frankly, Teen Wolf Too isn’t nearly as well-remembered as the original Michael J. Fox classic, and I probably could have gotten away with recommending this one as a rental; but I know that Shout Factory collectors are usually completionists and it’s probably worth picking up along with the first one during the next big sale. 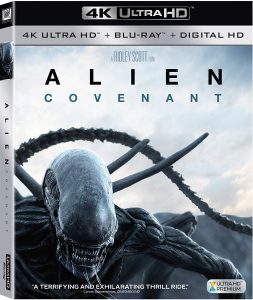 The only true instant must-buy release of August is clearly Ridley Scott’s Alien: Covenant. Even though it underperformed at the box office, the film has been generally well-received by critics and fans alike. If you have collected all of the other films in Fox’s long-running Alien franchise, you’ll surely want to add this to the library. There will be a limited edition steelbook version available at Best Buy, but I personally think the slipcover on the standard release looks the nicest. The 4K UHD version is sure to pop, given the source material’s beautiful cinematography, and I recommended the upgrade to anyone with the proper equipment. 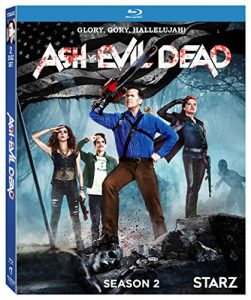 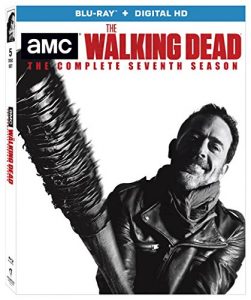 August 22nd will bring the release of two very popular horror shows that many fans will want to add to their collections. I recommend that patient fans hold off a bit for purely economical purposes. Last year around this time, the respective previous seasons of both Ash vs Evil Dead and The Walking Dead took significant price cuts within a few weeks of their initial release dates. The only exception to this rule is the numerous retailer exclusive versions of these titles. If you want the limited steelbook versions, you’re gonna need to pick those up on the 22nd. If you’re okay with waiting a bit, and you are happy with owning each title’s standard packaging, you could end up saving a good $15-25 on both releases combined.

As if conjured from the pages from the Necronomicon itself, the Evil Dead series is one that keeps coming back to life and this...
Read more

Crowdfunding has become an ever-increasing element of creative projects over the last half decade, and with the continued success of the "direct to consumer/fan"...
Read more

Amid all of the hoopla surrounding the 40th Anniversary of the classic space horror film, Alien, a small piece of information slipped out which may...
Read more

Deadline is reporting that Anne Hathaway had nabbed the role of the grand high witch in Robert Zameckis’ upcoming movie, The Witches. Written by Roald...
Read more