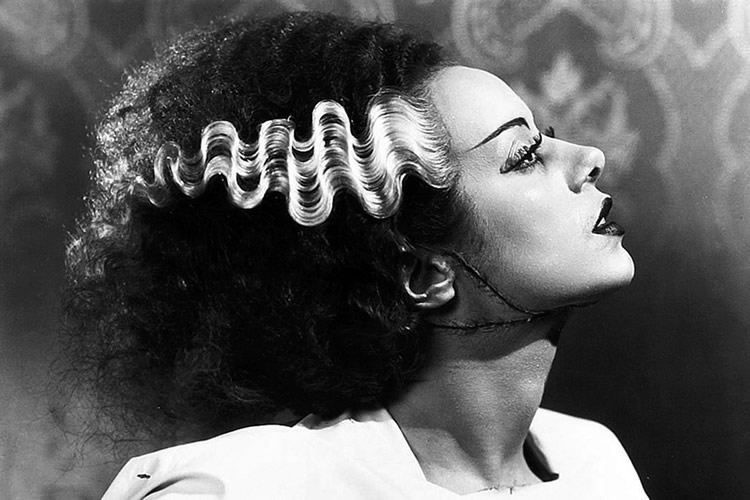 Director Bill Condon, known for his directorial credit on this year’s live-action Beauty and the Beast, has taken the reigns of Bride with production to begin in early 2018. He will be working from a script written by David Koepp.

In an article with Forbes.com, Condon said, “We start on February 1, 2018 so it’s the early days but just to be here in London, starting to see locations and to talk about sets that we’re building, it’s very exciting. For me, the James Whale movie is really right there in the pantheon for me. As you know, the Bride is a character who appears in the last five minutes and then is destroyed so it’s a way to almost continue the movie that you imagine the movie he might have made the third Frankenstein movie but in 2018.”

As the sophomore entry to the series, Bride is rumored to star Angelina Jolie as the titular character. However, no official casting has yet been announced.

“Not yet, no. Nothing is set yet.” Condon said on the casting of Bride. “I think pretty soon but I think we’re trying to figure that out now but obviously, pretty soon we’re going to have to start really honing in on it. I’m not trying to be coy but I really shouldn’t say.”

Names that are attached to play central characters in the Dark Universe include Javier Bardem as Frankenstein’s Monster and Johnny Depp as The Invisible Man.

For how much interest Condon has in making Bride as acclaimed as Beauty, he said, “Bride of Frankenstein isn’t a small movie. I’ve got the same team together that made Beauty and the Beast and we’re building big sets and designing big set pieces so it’s a pretty big movie.”

Bride, according to Condon, is being made to modernize the classic film and not change the subject matter.

“I will tell you this — what I’m doing is 100% making a really good monster movie. It has nothing to do with anything else. Nothing. Zero.” Condon said in a separate interview with Collider.com.

Every film version of Frankenstein takes inspiration from Mary Shelley’s 1818 novel Frankenstein; or, The Modern Prometheus.

In 1935, the original Bride starred Elsa Lanchester in the lead role, Boris Karloff as The Monster and Colin Clive as Henry Frankenstein. It was released to critical acclaim as a sequel of the original Frankenstein film in 1931.

There was a loose remake in 1985 called The Bride starring Jennifer Beals, Sting and Clancy Brown but was a critical and commercial failure, grossing only $3.6 million at the domestic box office.

More coming soon on Bride and the Dark Universe.

Arguably the most famous, venerated and duplicated story in horror history reportedly will be adapted as a premium TV series. Mary Wollstonecraft Shelley's 1818 classic Frankenstein--brought...

Boris Karloff--the name that immediately springs to mind when fans discuss the giants of classic horror films--is the subject of an upcoming documentary, Boris Karloff: The Man Behind the Monster. The documentary--which...

LEGO is set to unleash a special treat for horror fans this fall with their release of a licensed Universal Monsters Frankenstein figure. This...