As reported by Deadline earlier today, Amazon Studios has acquired the rights to the Blumhouse Productions and Automatik Entertainment supernatural thriller Run Sweetheart Run.  The film had premiered earlier this year at the Sundance Film Festival, but the COVID-19 global pandemic eventually put a hard stop on both its planned theatrical run as well as inclusion in the cancelled SXSW film festival.

Run Sweetheart Run was both written and directed by Shana Feste, who also penned and helmed 2018’s Boundaries.  She is excited that a “global audience will have the chance to see it soon on Amazon Prime” and notes that it is “a very personal story for me.”  “I’m also grateful to my friends at Universal and Blumhouse for their unending support of the film,” Feste says.

“Shana is a supremely talented writer and director, and we were fortunate to collaborate with her to help bring her vision to fruition,” said producer Jason Blum.

The horror film tells the tale of a woman on the run through the concrete jungle of Los Angeles, as her blind date goes horribly wrong.  The cast is highlighted by Clark Gregg (One Hour Photo, The Avengers), Shohreh Aghdashloo (House of Sand and Fog), Ella Balinska (Charlie’s Angels), and Pilou Asbaek (Overlord).

While no date has yet been announced as to when the film will be available to stream via Amazon Prime, it was originally slated to be released in theaters by Blumhouse Tilt back on May 8th.

Stay tuned to HNN for more news on Run Sweetheart Run as it breaks! 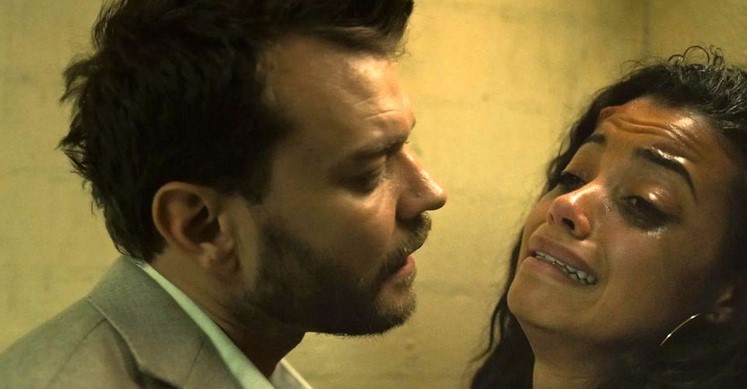 Amazon Studios is bringing a touch of summertime to ease winter's chill by tapping a director for the pilot episode of its I Know What You Did Last Summer TV series. Craig William...
Read more

There’s another spooky show headed to Amazon which takes place on an oil rig in the North Sea. The Rig is set to be...
Read more