Blue Underground has established their reputation by turning grindhouse classics into polished, deluxe reissues.  Beginning with blu-ray versions of film’s such as Maniac and Zombie, with a recent focus on the films of Italian masters Dario Argento, Lucio Fulci, and others.  Blue Underground has now transitioned over to the latest top quality video format, 4K UHD, and has begun a new round of reissues of their blu-ray editions in the new format.

Speaking of Fulci, one of Blue Underground’s latest releases is 1982’s The New York Ripper.  The ode to the sleazy version of New York’s 42nd Street was originally given a “high class” upgrade by Blue Underground in 2019, and many of the same special features have been ported over for the 4K version.

As previously stated, all of the many special features have come over from the 2019 release, primarily consisting of interviews with the vast majority of the cast and experts.  There is also an commentary track with author Troy Howarth on both discs (4K and blu-ray).  Another positive of this set is that it includes both the 4K and blu-ray version of the feature film, which is not typical in recent Blue Underground releases, allowing fans who don’t have a 4K player to enjoy the now out-of-print blu-ray only edition.  First pressings also come with a collectible slipcover.

As far as the film itself, The New York Ripper is an odd mix of giallo storylines and Fulci’s avant-garde style.  Fulci’s style is more suited for supernatural features such as City of the Living Dead and The Beyond, where the extreme close-ups and color filters would be better suited.  The film is another excellent look at the New York City’s “The Deuce” as a type of character in the film; an imposing presence and concrete jungle where there are more predators than prey, but it does lack structure and coherence.  Fulci could get away with this in his supernatural films (where they actually enhance the experience), but the detective story is more difficult to pull off in this fashion.

If you are a completist and collector of grindhouse cinema, The New York Ripper would be appropriately placed on your shelf next to other entries that were released in the same era. 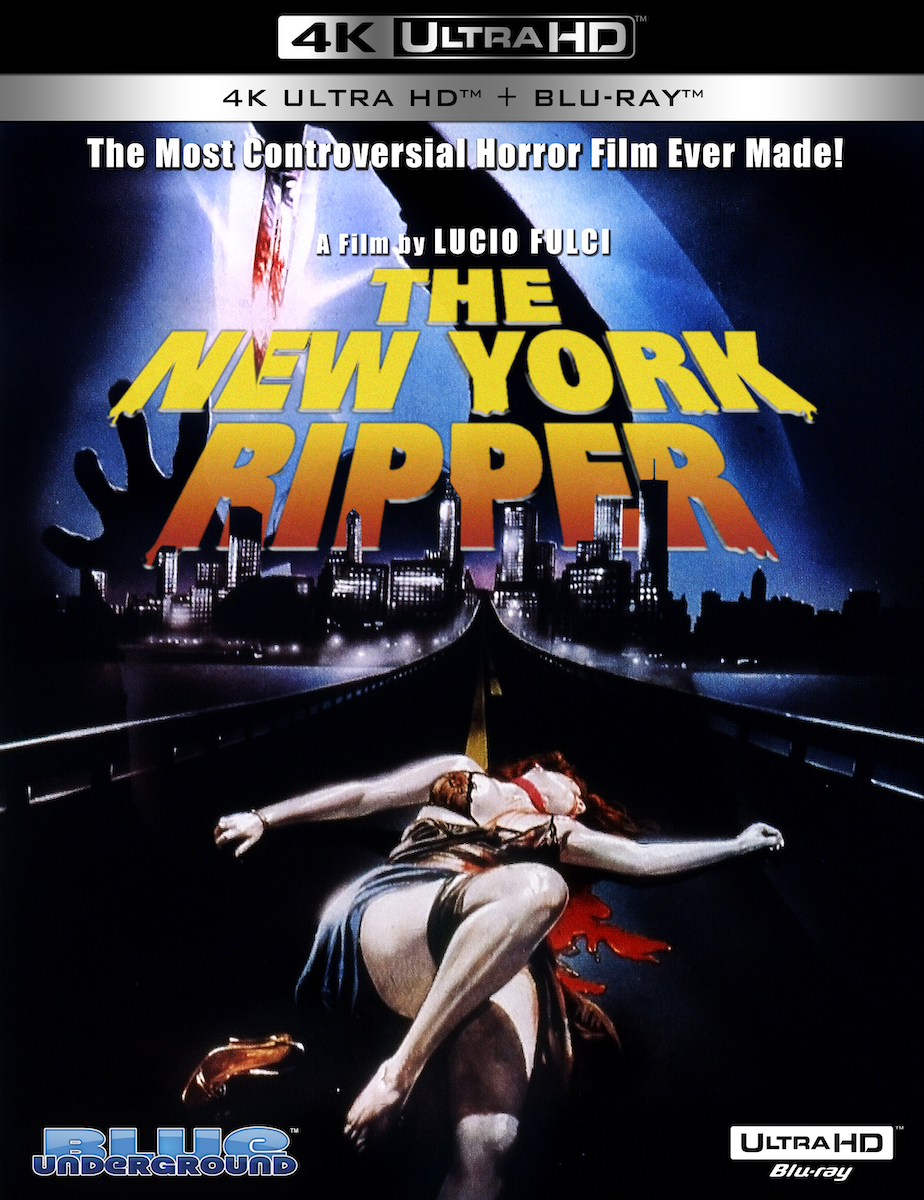