Like Texas Chainsaw Massacre, Maniac’s reputation has grown to legendary status since its theatrical release.  And while Maniac’s Grand Guignol style of gore is certainly prominent in the film (much more so than Chainsaw), Spinell’s performance, focusing on the predatory habits and damaged psyche of a human monster can clearly be seen as a precursor to John McNaughton’s Henry: Portrait of a Serial Killer or even the more recent Mindhunter series.  It is clear that Frank Zito is not a character than anyone would want to emulate, and he couldn’t be farther away from “the elegant, genius” serial killers that would populate cinemas during the 1990s.

Blue Undergound’s Maniac: 3-Disc Limited Edition Blu-Ray encompasses all aspects of the film and offers a chance for new fans and collectors to once again own a copy of the cult film.  Blue Underground’s last version was the 30th Anniversary edition of the film (the first on blu-ray after Anchor Bay’s original DVD version in 2001) and the new 4K restoration from the recently discovered 16mm original camera negative is a definite upgrade.  The gritty streets of New York’s Time Square “never looked so good” and Joe Spinell’s Frank Zito never looked creepier (or sweatier for that matter). The visual quality of the sets, special effects, and performances are certainly improved as a result of the transfer, capturing a bygone era of the city and guerrilla film making. 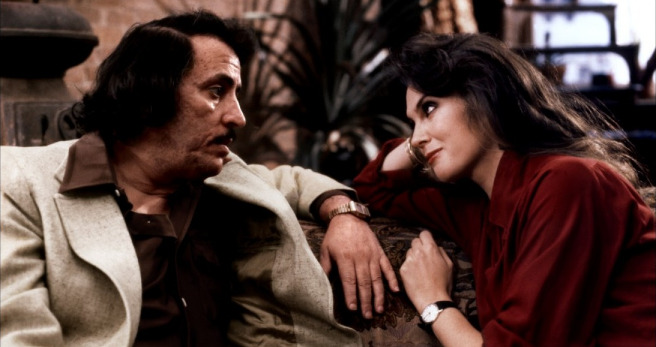 All of the extras from the original 30th Anniversary release have been ported over for  this version, with the addition of two new featurettes: Maniac Outtakes and “Returning to the Scene of the Crime with William Lustig”.  Lustig’s reminiscence about the making of the film, his directing choices and locations (in particular, the St. James Hotel which was once a den of inequity, and is now a classy boutique hotel), and various tales of mayhem involved with filming the feature without permits or permission in some cases, are eye-opening and entertaining.

The original extras still hold up today and offer a comprehensive examination of the Grindhouse era and the controversy that the film stirred up.  The extended interviews with co-star Caroline Munro, special effects guru Tom Savini, song writers Michael Sembello and Dennis Matkosky, composer Jay Chattaway, and The Joe Spinell Story mini-documentary (45 minutes) cover all aspects of the creation of the film.  The other  extras such as the previous Maniac Publicity and Maniac Controversy fully detail the hysteria caused by the film’s original release (and it seems like the main culprit was the lascivious artwork which doesn’t fully capture the essence of the film, but certainly was responsible for the back lash and profits).  Few genre films from this era, and even fewer blu-ray sets, dedicate as much time to giving fans a complete look at the time and place of the film, as well as all the ancillary aspects that helped create Maniac.

The collection also contains some added bonuses that are unique to this edition, including a CD picture disc (featuring Zito’s deranged mug and Chattaway’s soundtrack), a collectible booklet and essay by noted horror film expert and journalist Michael Gingold (who details the connections between Dario Argento and Lustig that got the film made among other forgotten gems), a reversible sleeve featuring the infamous poster and new Maniac artwork, and a lenticular slip case.  Even if you are not a fan of the polarizing film, the disc is worth picking up for the archival footage of a bygone era, near and dear to every horror fan who came of age in the 1980s. 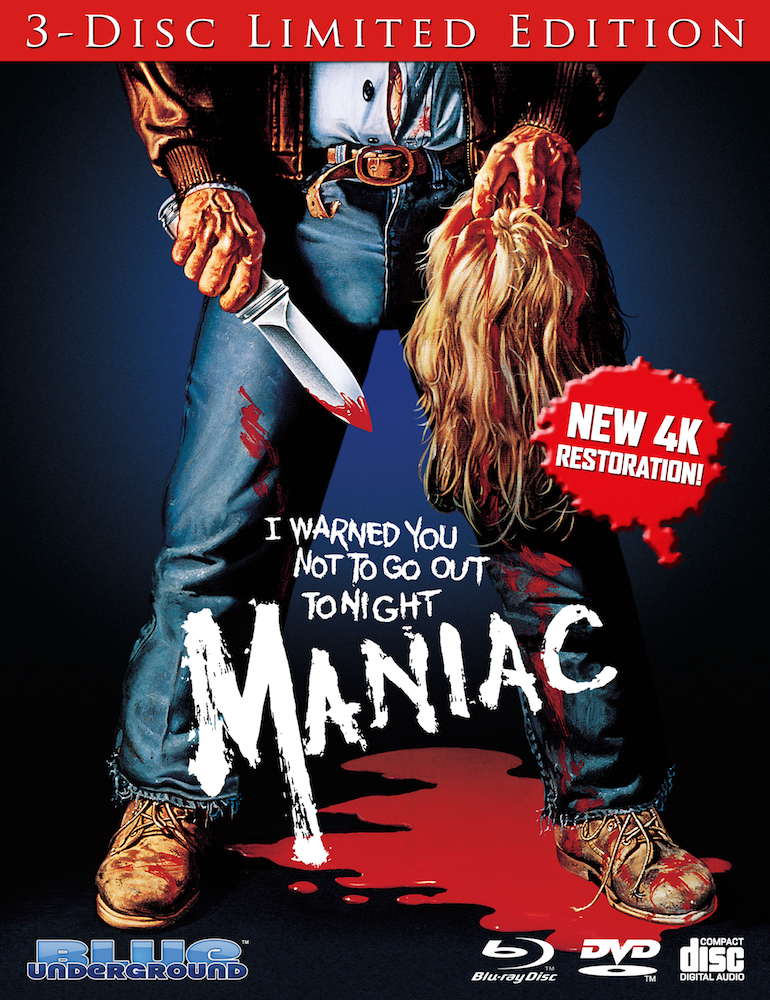