The new RoboCop film project will be very similar to the 2018 Halloween reboot in several ways.  Though the original RoboCop film (1987) was a moderate hit in theaters (spawning a hardcore following through VHS), the two sequels in 1990 and 1993 were less than stellar.  Original star Peter Weller bailed out after RoboCop 2, as production company Orion Pictures continued with another movie and even an ill-fated television series.  MGM will hire the original film’s writing duo of Ed Neumeier and Michael Miner as executive producers, as Justin Rhodes (Untitled 2019 Terminator reboot) will re-write the script that Neumeier/Miner created back in the late ’80s.  In this way, the new RoboCop movie will be more of a direct sequel to the original film, while ignoring all other sequels and side projects that have been created along the way.

The 1987 original told that tale of a murdered cop in Detroit who is brought back to life in crime-ridden Detroit as a cyborg police officer.  AI and human emotions begin to battle it out for control of Alex Murphy (Peter Weller) as war is waged on RoboCop in the streets by both the public and the street gangs.  MGM released a reboot of the franchise in 2014 with Joel Kinnaman (Suicide Squad) in the lead role; however, while the film was a relative success internationally it didn’t produce a huge box office domestically.  They are hoping for a much different result this time around.

For Blomkamp, RoboCop Returns represents the latest in a long line of futuristic sci-fi films with a strong underlying theme of social values.  2015’s Chappie is included in this lineage along with hits District 9 and Elysium.  The original RoboCop had a profound effect on the director as a kid, something he hopes to bring to new film.  “The original definitely had a massive effect on me as a kid,” Blomkamp told Deadline. “I loved it then and it remains a classic in the end of 20th Century sci-fi catalog, with real meaning under the surface.  Hopefully that is something we can get closer to in making of a sequel.”

No further details have yet to be announced for RoboCop Returns, but stay tuned to HNN for all of the information on this project as it develops! 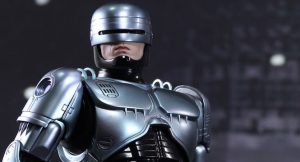 Your move, creep! As the Mortal Kombat series continues onward, fans can look forward to even more characters from other franchises to play as...
Read more

New ‘RoboCop’ Film Rumored; Will it Be a Direct Sequel?

Remember when RoboCop was rebooted in 2014 to mixed reactions?  Well now you can choose to ignore it completely, as it appears a direct...
Read more

The ghoulish family that never dies is being resurrected once again in cartoon form! According to Deadline, the upcoming MGM project, a reboot of...
Read more

Death Wish, The 1974 Charles Bronson classic, and its sequels were not exactly horror movies; but they weren't afraid of going to some very...
Read more