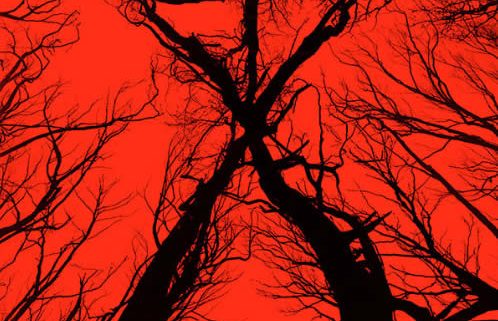 Our Thoughts: Honestly, I was excited for Blair Witch when I first saw the trailer, however I wasn’t sure what to expect after hearing mixed reviews on the film. As a huge fan of the original film, and the found footage genre it created, I had to see it for myself.

Blair Witch centers around Heather Donahue’s brother James. Heather was the subject of the original film and disappeared when he was 4. Twenty years later, after James comes across a video which he believes shows an image of his sister, he and his friends head to the Black Hills Forest to see if they can find her.

The first half of the film closely follows the same path as the original, with the crew heading to Burkittsville, talking to locals and camping in the woods. The group carried the top of the line technology available now, including a drone. This time around the sound effects are much better. One of the criticisms of original had to do with not being able to hear some of the things going on in the woods very well because the actors making noises over it. I’m not sure crystal clear sound was necessarily better though. One of the reasons why the original was successful was because of it’s excessive realism. Some of that seemed lost with the addition of sound that was perfectly clear.

As the movie goes on, we are given much more than the original gave us. There is still quite a bit left to the imagination, however there is much more action in Blair Witch than in the first film. Tents being thrown in the air, people being dragged off, and a tree being dropped on someone are just a few of the violent events that occur throughout the course of the story.

The ending takes an unexpected turn, in comparison to the spirit of the first film. However, I felt that enough was left to the imagination to satisfy fans. It was the logical sequel you would expect to see (unlike the disappointing Book of Shadows: Blair Witch 2). It takes what the original did to the next level, without being the exact same story told over again with a new group, as many sequels tend to do. The story is also more complex than the original, with a few new elements introduced that fit well with the mythology established in The Blair Witch Project.

Callie Hernandez (from the upcoming Alien: Covenant) gave an outstanding performance as filmmaker Lisa. Valorie Curry (The Following) was excellent as townie Talia, as was Wes Robinson who played her boyfriend Lane.

As for why it is doing so badly in the theater, my feeling is that Blair Witch is the sequel that fans wanted to see, however it’s just too late. Between the saturation of found footage in the years since the original film and the sheer number of years that have past, the buzz was not enough to bring fans to the theater. Despite those facts, I believe fans of the original will like this sequel, as will fans of the found footage genre.

If you didn’t like the original and didn’t like the found footage films of recent years don’t bother because this film is not for you. Blair Witch is for the hardcore fans of the original film. Thank you to director Adam Wingard (You’re Next, V/H/S) for giving us the sequel we always wanted!

Michael Gross Rumored to Return for Tremors 6
Scroll to top