The rumors that circulated last month have been confirmed: The Ghost with the Most is returning on 4K Ultra-HD Sept. 1.

Warner Bros. Home Entertainment said the cult horror/comedy classic Beetlejuice will be available on store shelves in a Standard 4K + Blu-ray + Digital version or in a Deluxe Edition Gift Set, according to wegotthiscovered.com.

If you opt for the Gift Set, here’s what you’ll enjoy:

It’s been more than three decades since Beetlejuice hit movie theaters, and the notion of a sequel–with director Tim Burton and stars Michael Keaton and Winona Ryder along for the wild ride–has been bandied about, but Warner Bros. has not made anything official yet.

But, in the meantime, this new release would be a great opportunity for fans of the 1988 film to revisit those halcyon days. The original movie–from director Tim Burton and screenwriters Michael McDowell and Warren Skaaren–told the story of a recently deceased couple (Alec Baldwin and Geena Davis) who become ghosts and haunt their former home. Then, of course, an obnoxious poltergeist, Beetlejuice (Michael Keaton), shows up from the netherworld to scare away the new inhabitants (Winona Ryder, Catherine O’Hara and Jeffrey Jones).

Beetlejuice was a financial and critical success, grossing $74 million on a budget of $15 million, and earning an Academy Award for Best Makeup. The film also spawned an animated TV series, video games, a board game and a 2018 Broadway musical. 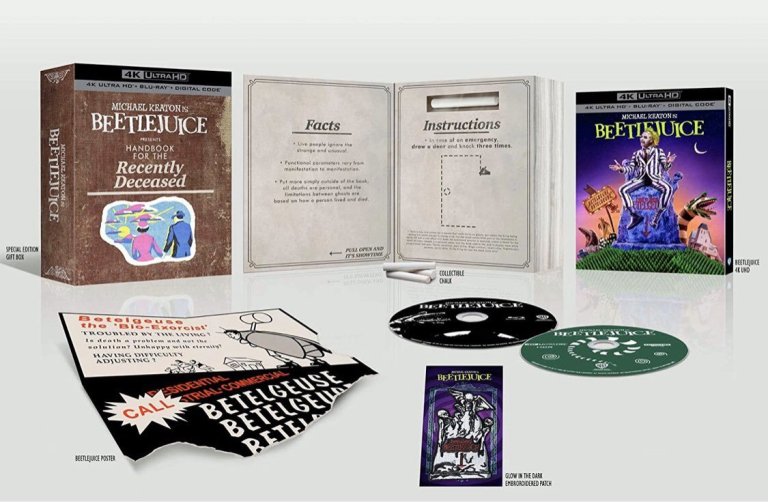 You just can't keep a good spirit down. Beetlejuice: The Musical has wrapped up its Broadway run, having the rest of its stay at the...
Read more

Tim Burton just turned 60 yesterday, and he's marking the occasion by offering the greatest reason to default on my mortgage that I ever...
Read more