Legend has it that the basilisk–also known as the King of Serpents–is a dangerous reptile that can kill with just a glance.

The basic storyline of the series follows five individuals called The Chimera who are “bound by a cult-like hivemind” and who “terrorize small towns with their horrifying supernatural sense-based powers, leaving death and destruction in their wake.”

One of the group, Regan, has escaped and is in hiding “with her murderous eyes bound, overcome with guilt.” But now, a victim from her past “forces her to hunt down the other four of her kind.”

Bunn called Basilisk “an epic, dark, fantasy horror story” that deals with a woman “who has absolutely nothing to lose hunting down a group of would-be gods—each of whom can use one of the five senses to destroy those around them.”

Scharf added that this series draws inspiration “from mythology deep within the mountains of Appalachia–as we follow a mysterious group of superpowered individuals called The Chimera. I’m excited for people to check it out.” 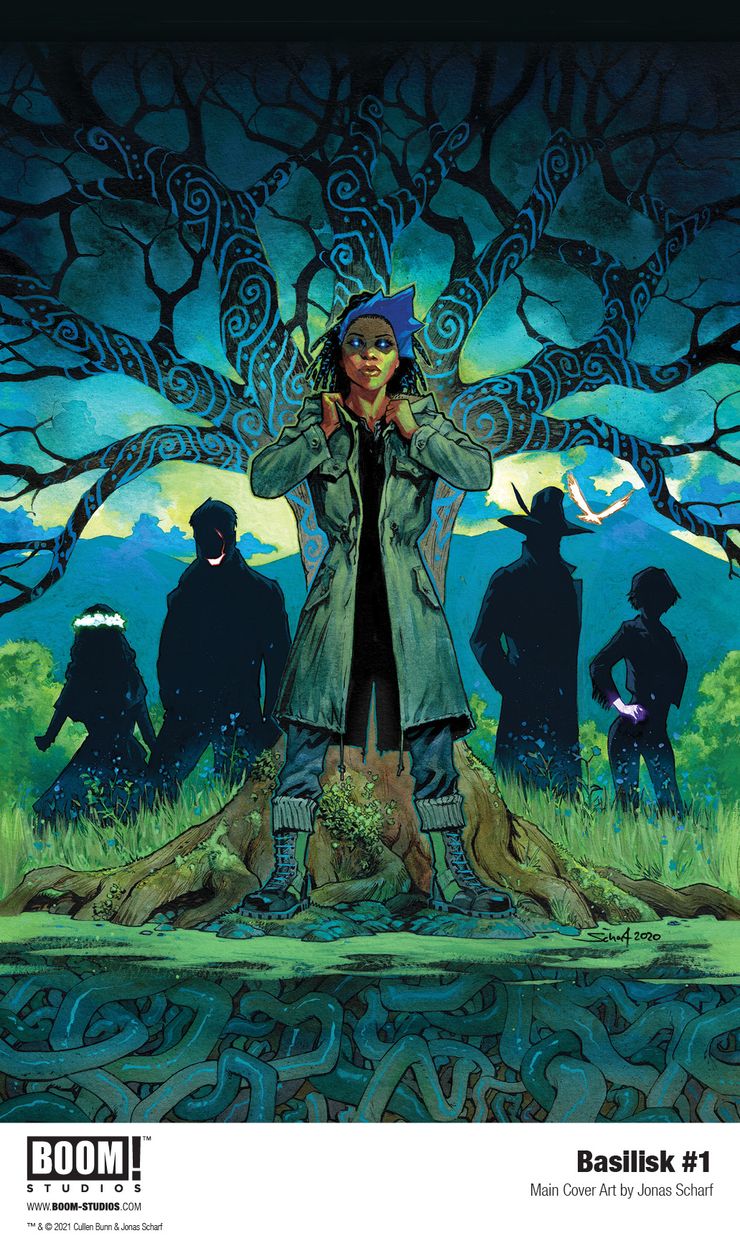 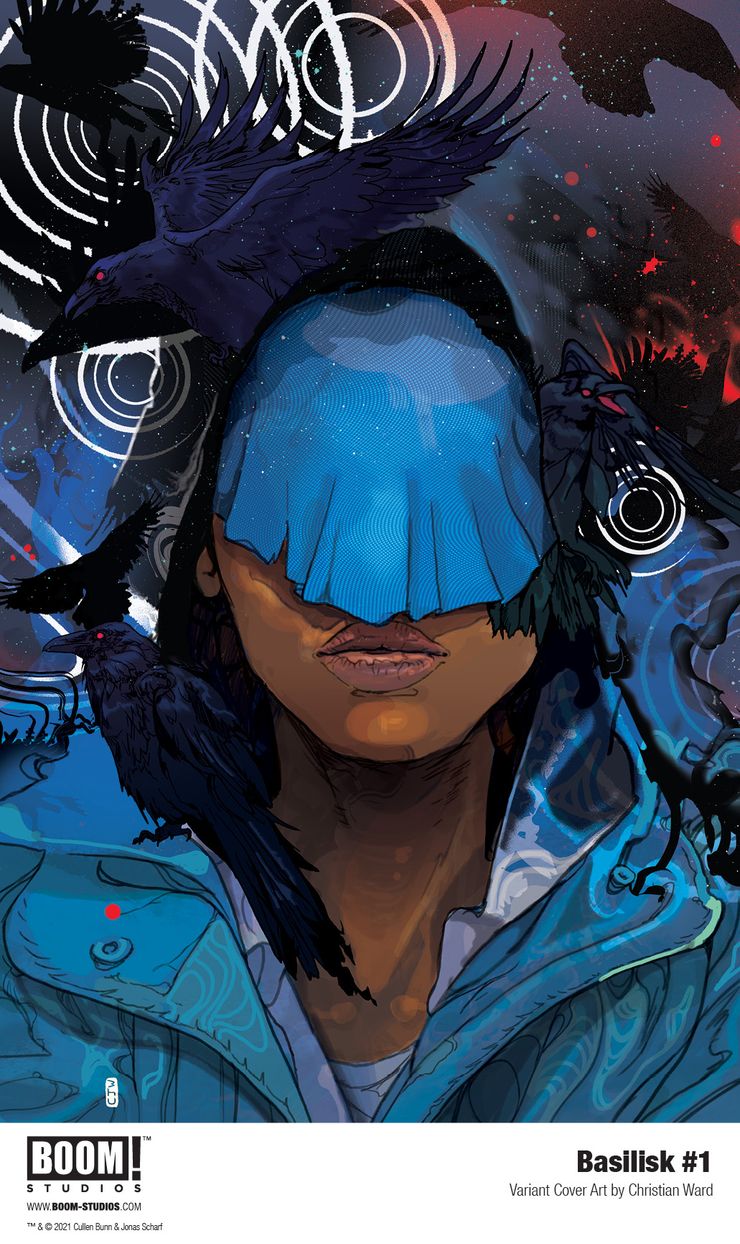 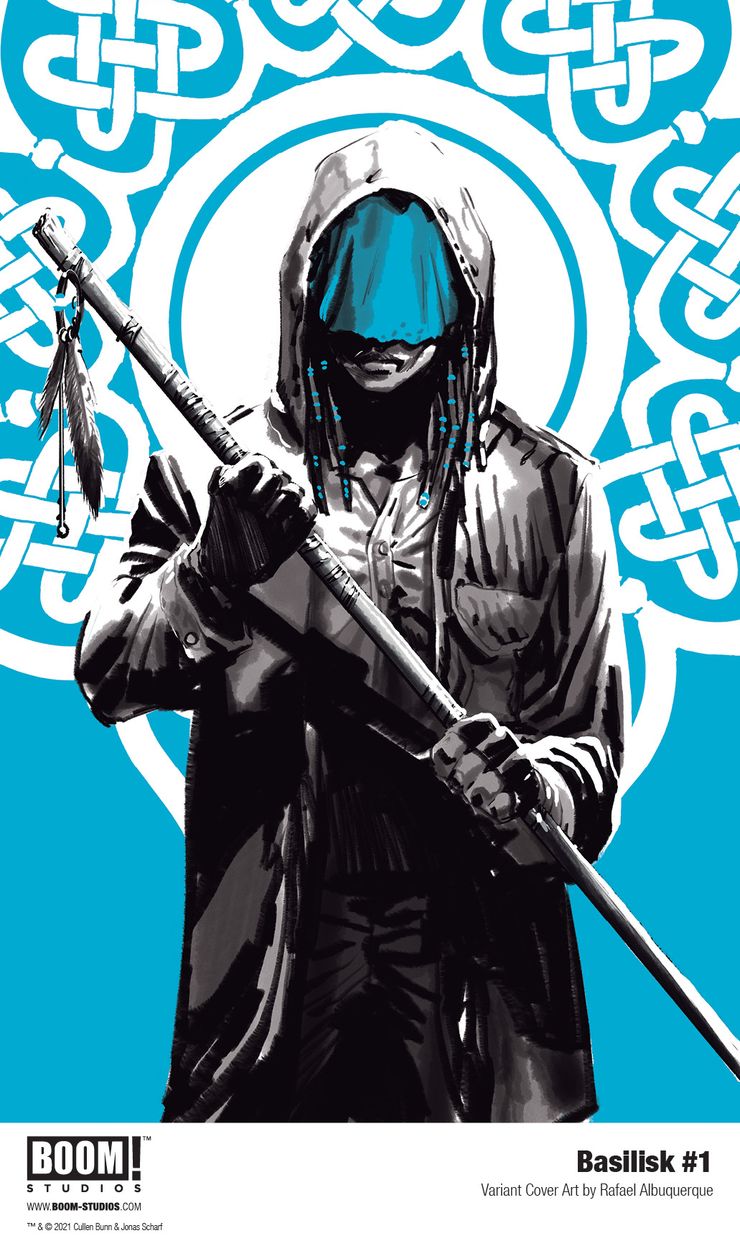 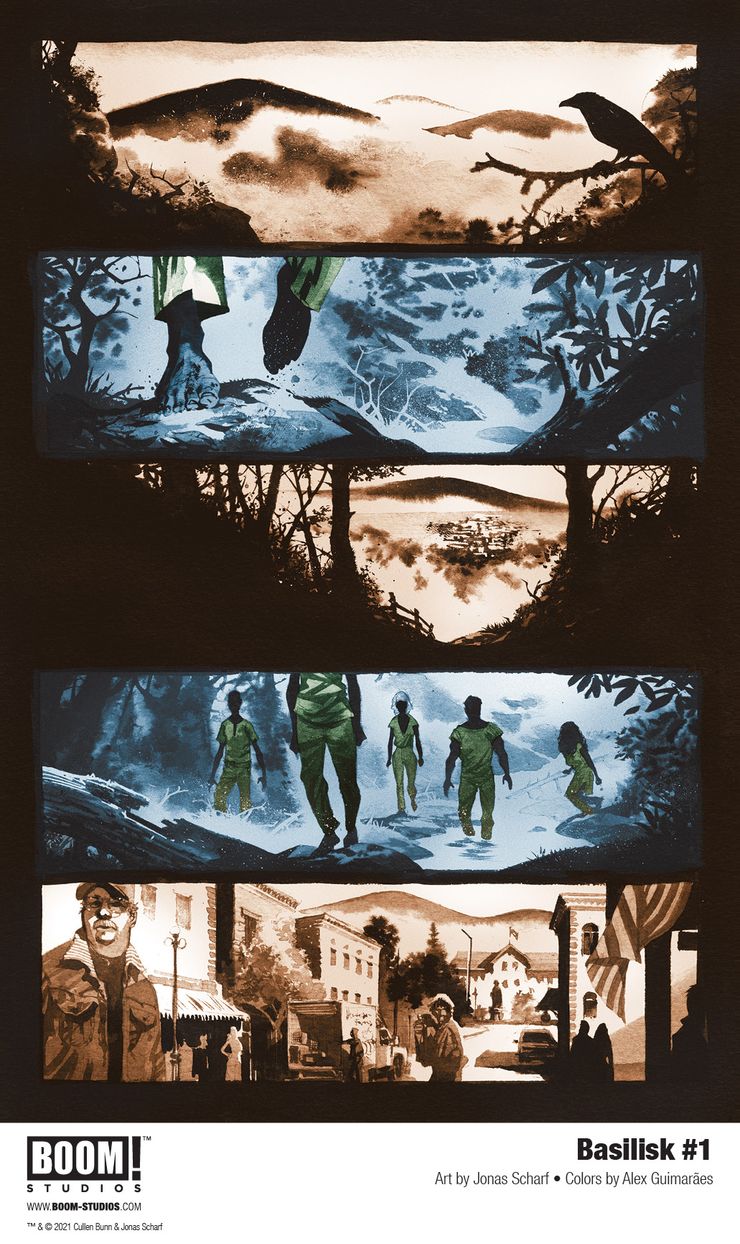 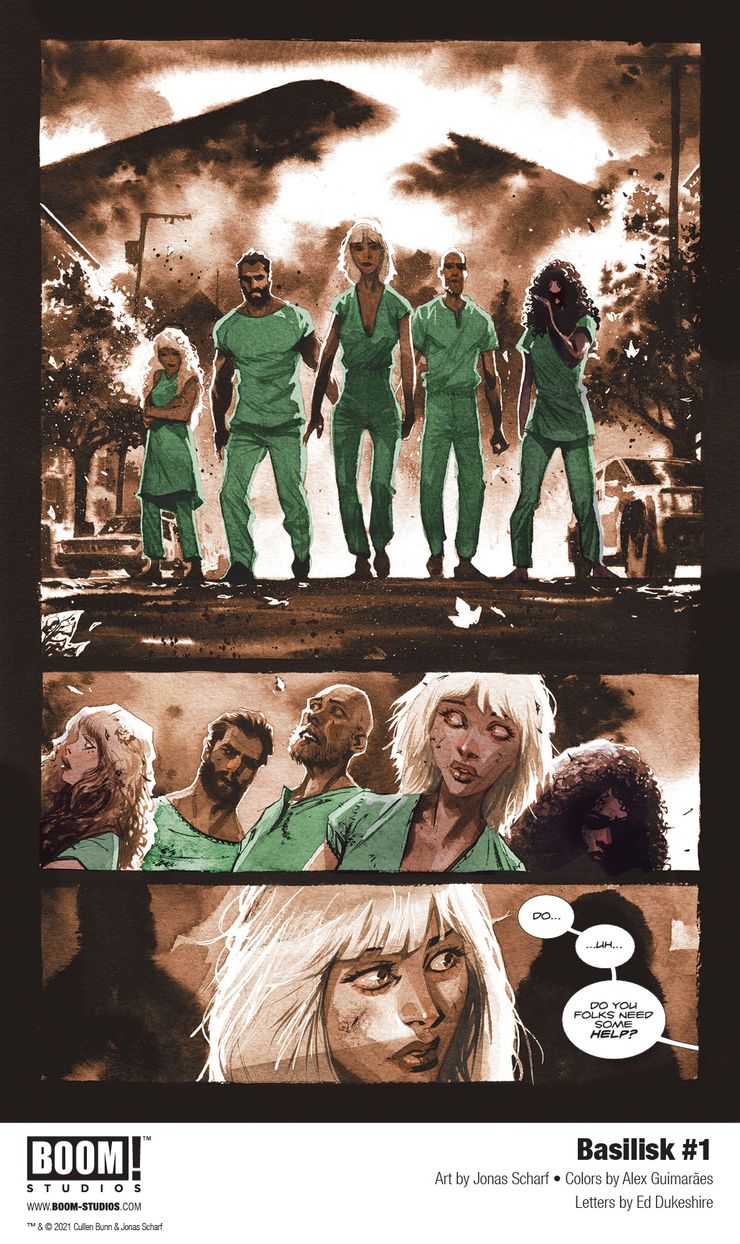 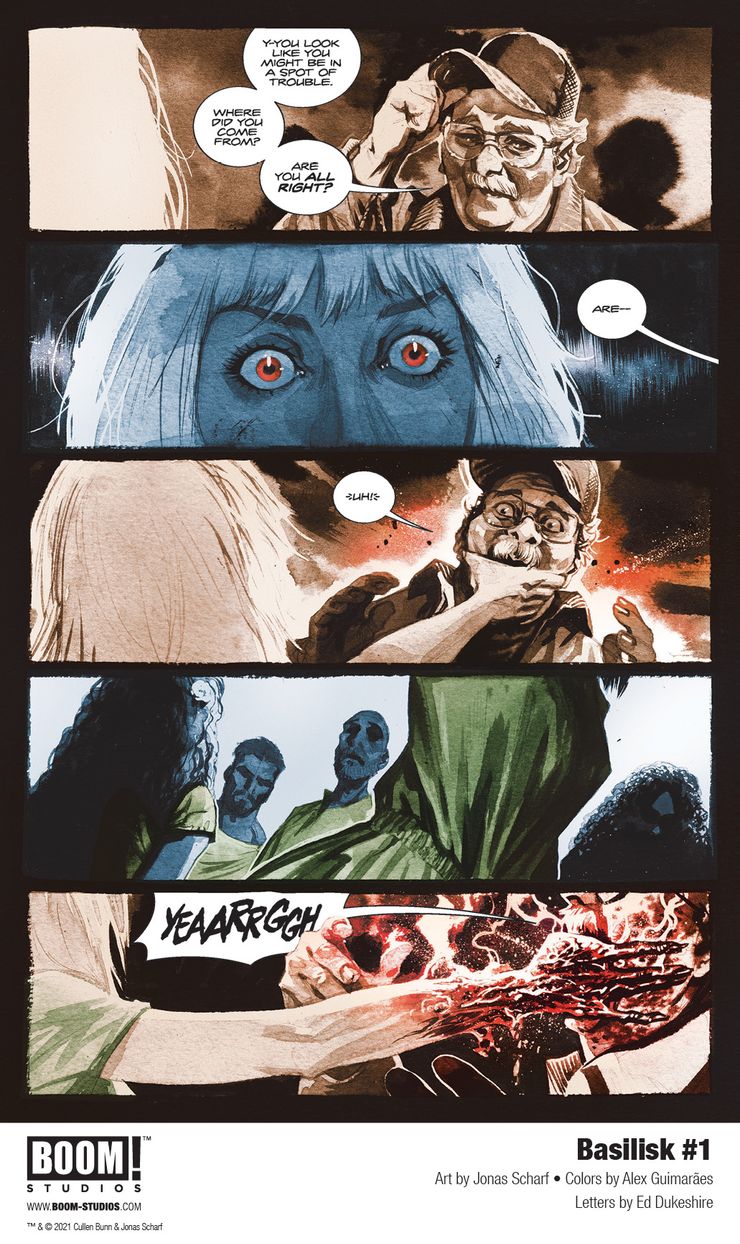 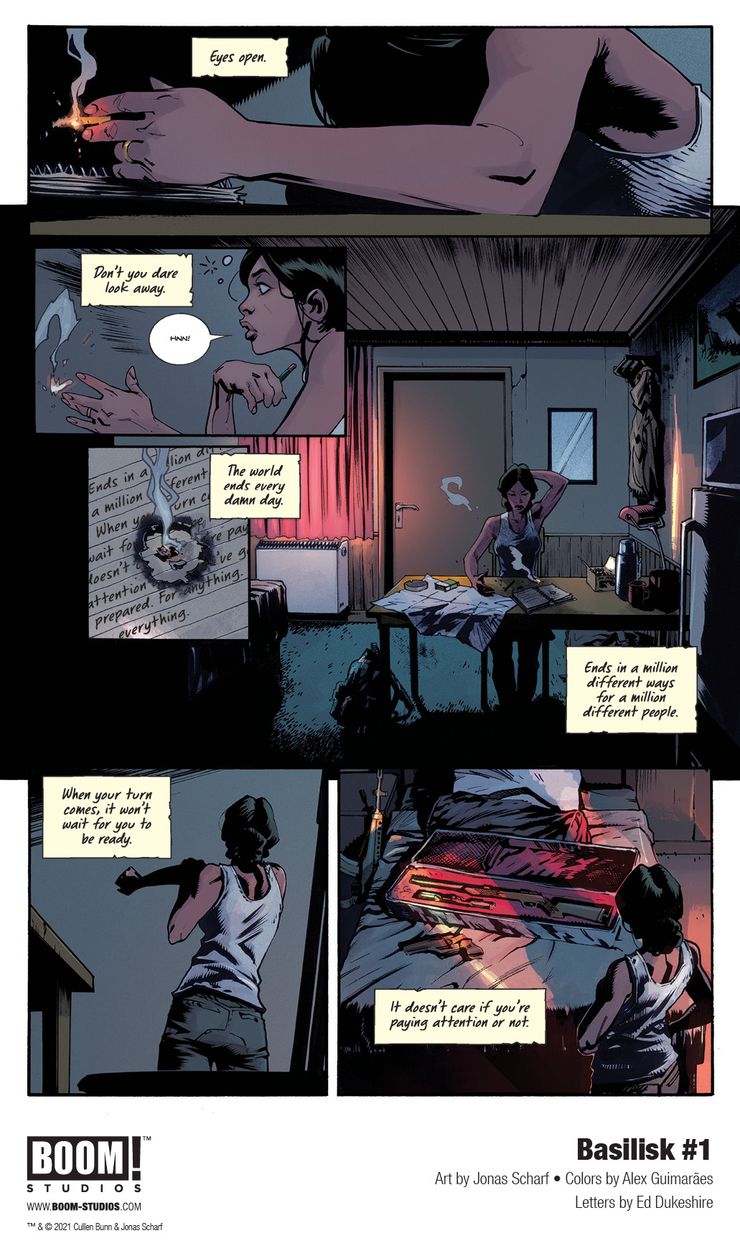 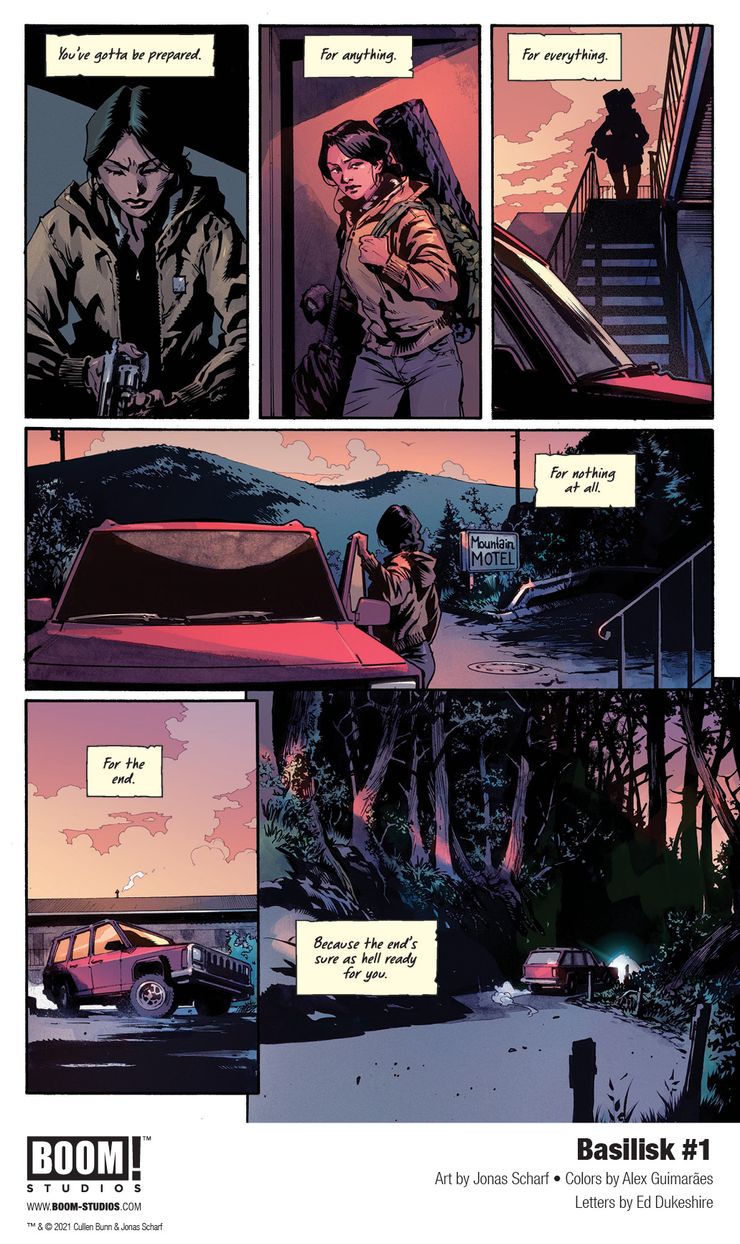 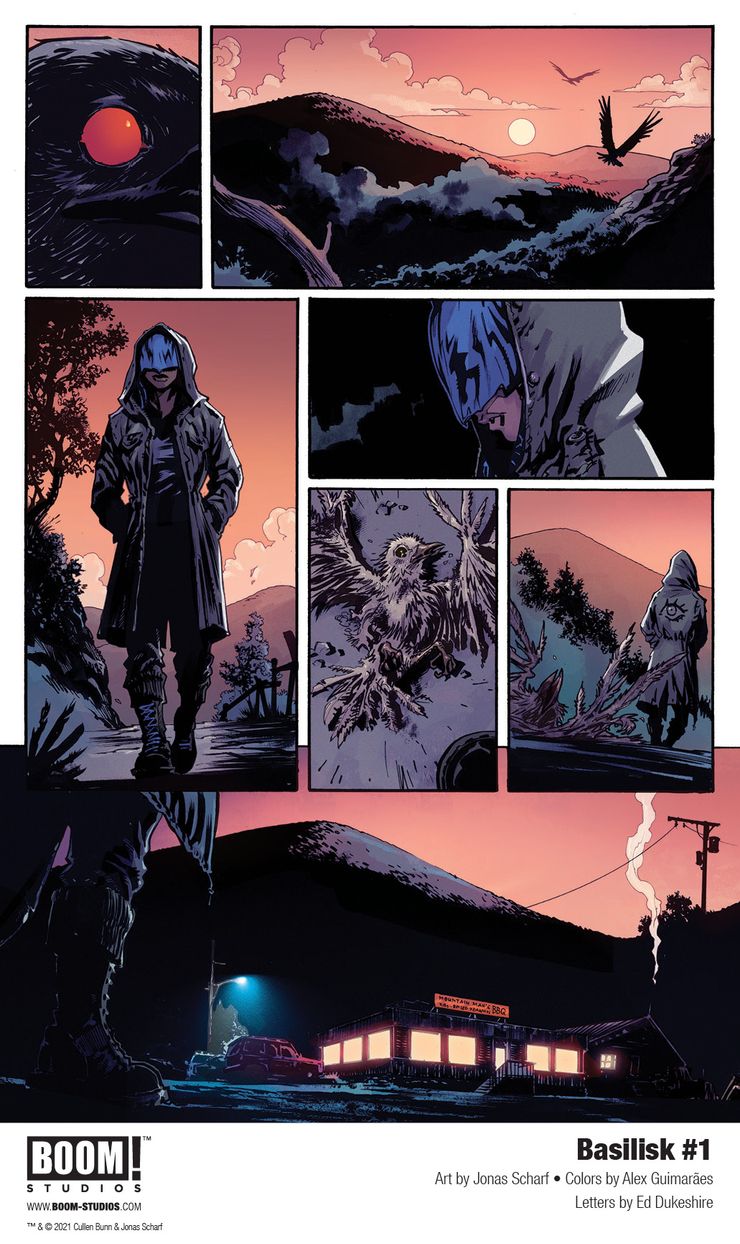 Before the November release of CD PROJEKT RED’s new game, Cyberpunk 2077, discover some of the details behind the action in a new comic...

Horror News Network would like to congratulate Cullen Bunn, Brian Hurtt, Tyler Crook on their win for Best Mini-series of the Year: the atmospheric...