After the release of Blacula in 1972, B-Movie factories such as AIP produced a string of blaxploitation horror features such as Blackenstein, Scream, Blacula, Scream, and Abby (also known as “The Black Exorcist”).  And in 1976, producer Sam Arkoff and director Arthur Marks combined the traditional gangster tropes of blaxploitation and added supernatural elements to the mix to form the past-lives regression shocker called J.D.’s Revenge.

J.D.’s Revenge is about a hard working young law student living in New Orleans with his girlfriend.  Issac (portrayed by Glynn Turman) is so dedicated that he won’t even take a break from “hitting the books” for a night on the town, until his girlfriend begs him to relax and visit the French Quarter with another young couple.  As it turns out, Issac should have stayed home, because a visit to a hypnotist’s comedy act ends with some disastrous results (and I’m not talking about clucking like a chicken on stage).  While hypnotized, a zoot suit wearing gangster from the 1940’s enters Issac’s body and begins to integrate himself into his personality in order to seek revenge for an unpunished betrayal.

J.D.’s Revenge is a better than average production from this era.  Marks and screen writer Jaison Starks craft a creative revenge tale, with just enough horror elements to satisfy horror fans, but not enough to turn off those who were not expecting a dose of the supernatural with their gangster movie.  The film, shot on location in New Orleans, uses the city as a inexpensive backdrop for the film, allowing Bourbon Street and local cemeteries to take the place of prefabricated sets, bringing a sense of realism to the film that other productions from this era lack.  Marks also experiments with a series of grotesque images that signal the changes that take place in Issac, including scenes from an actual slaughterhouse (which reminded me of the scenes in Get Out when Chris undergoes his own “hypno-therapy”). 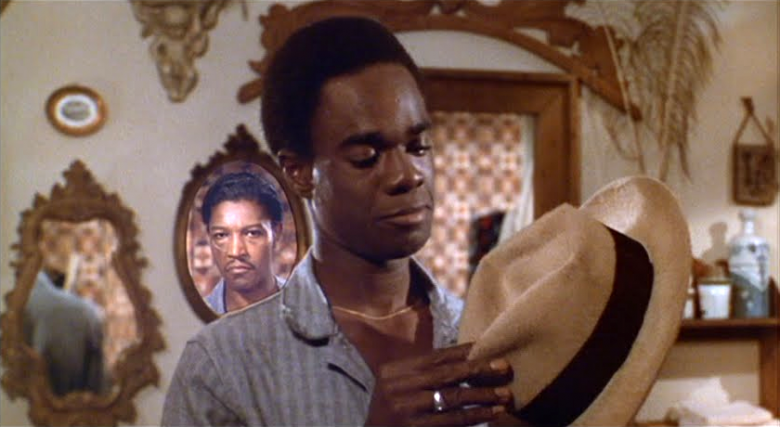 Turman (who continues to work to this day, and has appeared in hundreds of television episodes, most notably as Mayor Royce in HBO’s The Wire) is a convincing innocent young man who becomes corrupted by the presence of the spirit of J.D. (portrayed by the menacing David McKnight).  His transformation is convincing and when he turns on his girlfriend, all vestiges of the hardworking law student immediately disappear.  Academy Award winner Louis Gossett Jr. also appears in the film, delivering one of his blistering performances as reformed gangster-turned-preacher, making the cast more well-rounded than most.

It is also clear that the film is at the back-end of the blaxploitation cycle (debuting in 1976), as the transition to the disco era is evident in the night club scenes and in some of the music choices.  By 1978, the blaxploitation era effectively came to a close, with J.D.’s Revenge and the under-rated Dr. Black, Mr. Hyde being the last horror films to be made as a part of this cycle.

Arrow Video is no stranger when it comes to preserving and enhancing classic blaxploitation hits and J.D.’s Revenge is no exception. Arrow Video has developed quite a reputation for producing in-depth documentaries to accompany their releases, and in this case, J.D.’s Revenge features a 46 minute feature entitled The Killing Floor (which was actually the original title for J.D.’s Revenge).   This documentary features Marks, Turman, Starks, and editor George Folsey as they provide a look back at the time period, the movie business, and the making of J.D.’s Revenge.  The candor and intelligence that all of the men exhibit make the viewer feel like they are watching a documentary on a Merchant Ivory film rather than a low-budget blaxploitation movie.  A 17-minute audio interview with the late McKnight is also featured on the disc, in an effort to fill in the missing pieces from The Killing Floor. The special features are capped off with a series of trailers and radio ads (with one radio spot promising a double feature with Pam Grier’s Coffy where “Coffy will cream ya’, J.D. will scream ya'”). These type of bonus features set Arrow apart from the competition, as these features are worth the price of the disc alone.

As a fan, I certainly hope that Arrow continues to mine the blaxploitation vault for more hidden gems, especially those that have yet to receive blu-ray releases (such as the aforementioned Dr. Black and William Marshall’s Abby). 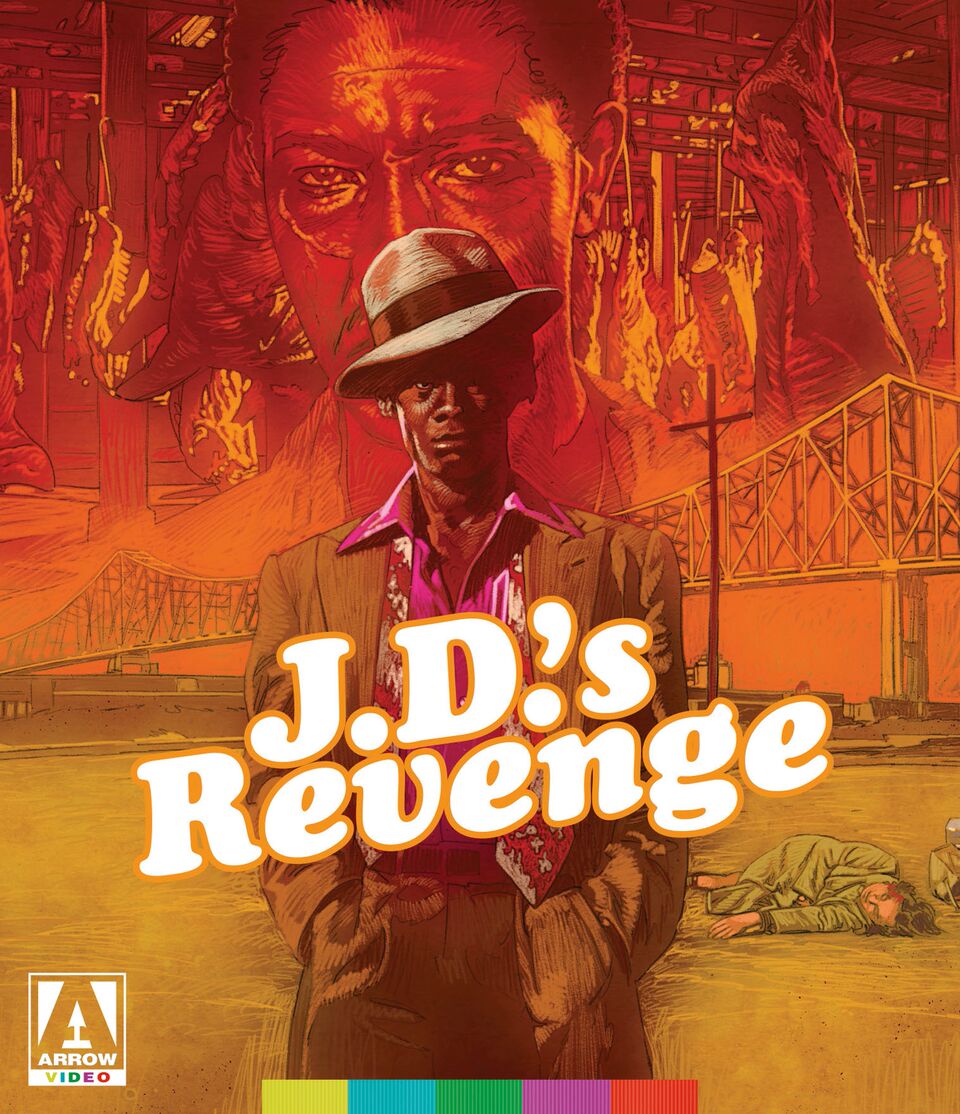 Whenever a film becomes a surprise hit (and leaves an impression on Hollywood executives that are seeking to mine similar material for profit), there...
Read more

Darren McGavin's The Night Stalker's impact on the horror genre can not be denied and has had a "monstrous" influence on everyone from Chris Carter...
Read more