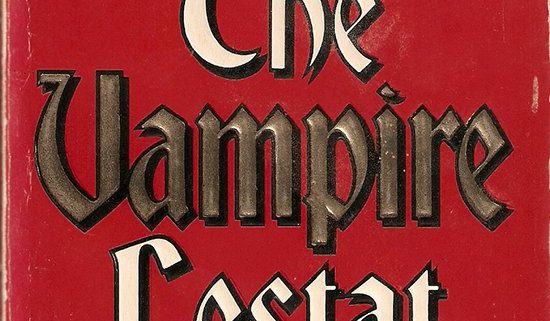 Anne and Christopher Rice will executive produce the potential series, along with Anonymous Content’s David Kanter and Steve Golin.
Paramount Television and Anonymous Content currently have an option for all 11 books from the Vampire Chronicles.

Rice’s work was first adapted for the big screen in 1994 when Neil Jordan’s Interview with the Vampire was released.  Fans at the time remember that Tom Cruise’s casting as the Lestat was questioned by many, but once the film opened, his performance was praised by fans and critics alike.  For some inexplicable reason, the next film in the original trilogy skipped the most popular entry, The Vampire Lestat, and instead went forward with 2002’s much less successful Queen of the Damned.   Let’s hope that Hulu gets this legendary franchise back on track.

Stay tuned for more information about The Vampire Chronicles as they are announced, right here at Horror News Network.

Staff Writer at Horror News Network
Nick joined the website in 2015. His lifelong love of comics and horror began with Universal Monsters and the Incredible Hulk. He has fond memories of going to Waldbaum’s supermarket with his mother and being rewarded with a 3-pack of sealed comics. It’s been all downhill from there… Since those early days, his life has been immersed in four color action and scares on the silver screen.
http://www.horrornewsnetwork.net/wp-content/uploads/2018/07/vampire-lestat.jpg 498 550 Nick Banks http://www.horrornewsnetwork.net/wp-content/uploads/2016/05/HNN-logo.jpg Nick Banks2018-07-18 07:43:292018-07-18 07:47:28Anne Rice’s ‘The Vampire Chronicles’ Coming to Hulu
0 replies