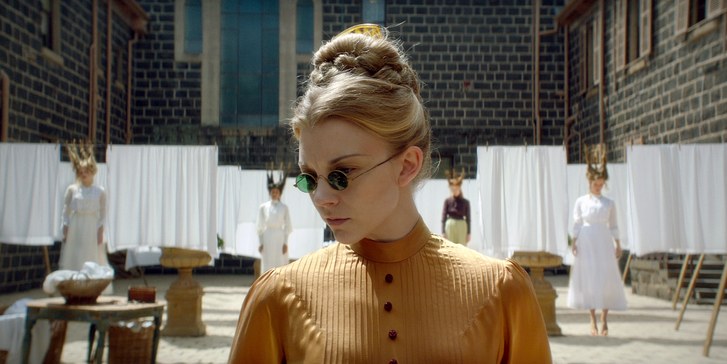 One of the interesting things that has happened recently with the rise of the streaming giants is the wide variety of content that is now available to audiences. Projects that didn’t fit in a particular formula or were deemed too risky under the old model, even for cable television stations, are now reaching viewers as the main online competitors race to fill their servers with diverse and original content. Amazon’s Picnic at Hanging Rock is one of those projects. Too scary for aficionados of period dramas and too existential for for visceral horror fans, folks have had trouble pinning down the story with a traditional label ever since Joan Lindsay first penned the novel in 1967. Showrunner/director Larysa Kondracki’s 6-hour retelling of the Australian classic largely captures the feel of the text and of the original 1975 Peter Weir film while updating the cinematography to contemporary standards (for better or for worse), ultimately offering a meaningful perspective on a classic work.

Picnic at Hanging Rock is an enigma in that it tells the story of a mystery which cannot be solved. The premise is simple: a group of schoolgirls and their teacher disappear during a picnic at, well, Hanging Rock, Victoria, on Valentine’s Day 1900. Somewhat spoiler alert (Even though you’ve had over 50 years to get around to Picnic at Hanging Rock at this point!): the story is famous for never explaining the nature of the young women’s disappearance! In a world where online theories actually shape later seasons of popular television franchises and everyone with a keyboard has the “correct” solution to a mysterious narrative, Hanging Rock doesn’t tease a resolution, and it offers no clues for astute viewers along the way. This story is about the journey, and a faithful adaptation of the source text and film couldn’t have it any other way. While the pacing and anticlimactic conclusion that such a story structure must produce may not be for fans who grew up on proving whether the top stops spinning at the end of Inception, it allows Picnic at Hanging Rock to stand out from the pack of new small screen properties constantly flooding the internets. The risk, however, in adapting such a story into a limited series is twofold, seeing as it’s asking for three times the time investment of the original film with just as grand of a concrete “letdown” for visual problem solvers. Fortunately, the series uses its time wisely and it largely focuses on the engaging subtext which was always present in previous iterations of Hanging Rock. 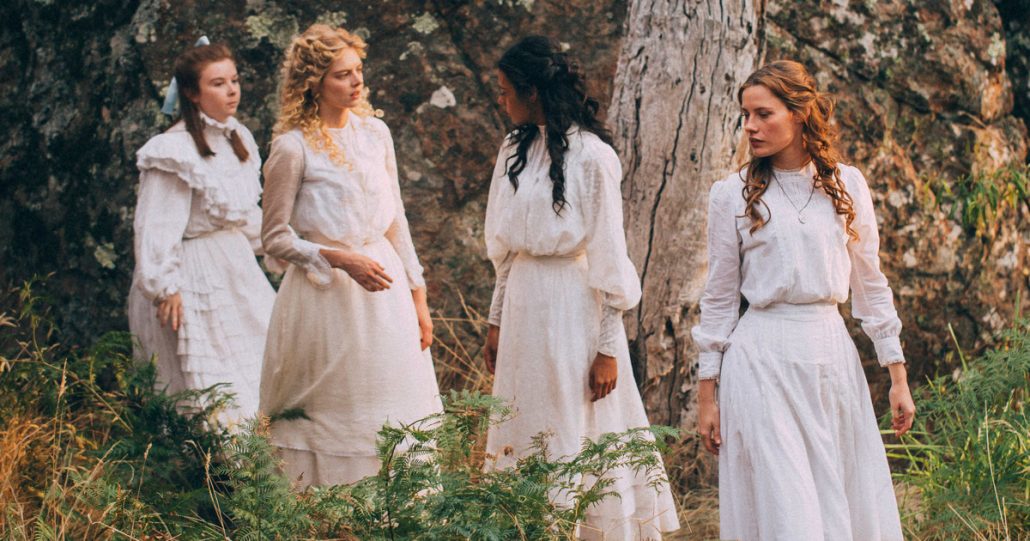 The new series explores the context of Mrs. Appleyard’s (Natalie Dormer) school for girls, and it digs much deeper into the troubled history of British colonization of Australia. Picnic at Hanging Rock has always been a metaphor for the coming-of-age of the story’s young women in a world that seems hellbent on dictating every minute detail of how they should behave and what they should be thinking. The extended run time of the limited series allows for flashback sequences which flesh out the missing women’s relationships and vividly highlight the stark contrast between the strict rules and structure of the academy and the unbridled possibilities of the natural Hanging Rock. In fact, it is the characters who disappear who end up being the most interesting and engaging. Lily Sullivan, Samara Weaving, and Madeleine Madden deliver particularly strong performances as Miranda Reid, Irma Leopold, and Marion Quade, respectively, and they easily convince us of the intimate and complicated bond that they share, even after they become morbidly and eternally connected by the tragic event of their disappearance. The series also explores various issues of the social and financial classes of 1900 Australia, including the unfair and abhorrent treatment of Indigenous Australians and the power dynamic which exists between the wealthy and the poor. Michael Fitzhubert (Harrison Gilbertson) and Albert Crundall (James Hoare) share a friendly comradeship which sometimes comes off as odd, despite their closeness in age and interests, due to the fact that the latter is employed by the former.

Picnic at Hanging Rock effectively captures a specific time and place, and Appleyard College feels like a real place with real lives at stake. It takes time to remind us that many of the building’s inhabitants are naive children, and the show contrasts their innocence with the opportunistic and morally bankrupt reporters leering outside the front gates, hoping for a sordid scoop for their gossip rags. Even the adults who attempt to navigate the tragedy with moral superiority end up letting the unbalanced gender expectations of the day get in the way of their impartial judgment (this is particularly highlighted when Jonny Pasvolsky’s Sgt. Bumpher responds to a sensational tip he receives about one of Appleyard’s teachers. These moments effectively build drama and suspense around an eerie scenario and allow the viewer to explore the context of the event beyond the blunt trauma of the tragedy itself.

You may notice at this point that I’ve mentioned the widow Mrs. Appleyard frequently without commenting much on the character herself. I am a fan of the original Picnic at Hanging Rock material, and I was thrilled to hear that the amazing Natalie Dormer would be starring in this new series after her incredible run on Game of Thrones. With that in mind, I was initially let down by the small number of scenes featuring Appleyard early in the series. Seeing as Dormer is heavily featured on the promotional materials for the series, I figured her role would be beefed up so that she could have many moments to shine and dominate her scenes. However, the series essentially maintains its loyalty to the text by largely keeping its focus on the other characters and keeping Appleyard in the periphery. She does have her moments, especially in the later episodes, but this series does not ultimately give Dormer an American Horror Story-like role where she can sink her teeth into the material and be the star of the show. Instead, she is but a cog in the ensemble cast of a moody and atmospheric presentation. 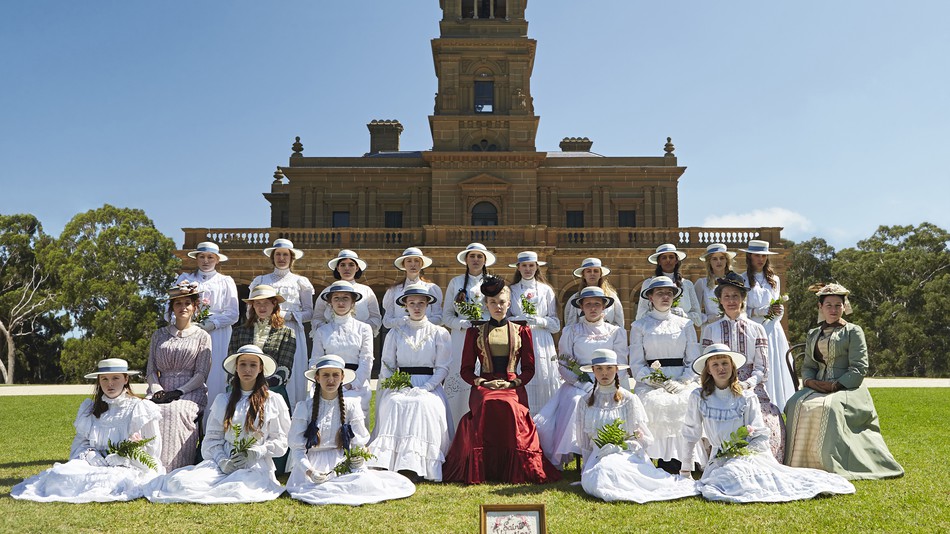 Speaking of American Horror Story and moody atmosphere, I couldn’t help but feel like some of Hanging Rock‘s jarring walls of pink-texted title cards and its visual and auditory effects were meant to ape the most famous horror drama currently on television. Every once in a while the show will linger on a disturbing image or startle the viewer with an ominous thud in sequences reminiscent of AHS‘s opening titles or pre-commercial gags. Frankly, this isn’t a good look for a series based on subtlety and metaphor. Even worse, the cinematography sometimes jumps back further in time to the period of 90’s music videos where everything was shot from an unusual angle, in extreme close-up, or with the motion sped up or slowed down (sometimes during the same scene) at random times. On other occasions I felt like I was watching a lost Baz Luhrmann film, which isn’t the most natural thing that comes to mind when you consider the source material. The look of some of these sequences is exacerbated by some unusual musical choices. One second, a line of young women in proper dresses and hats delicately parade across the lawn of a classical mansion, and the next second the visuals get trippy and rock and roll music blares through the speakers. Those choices seemed gaudy and attention-grabbing, and they were unnecessary considering the fact that the show’s storyline and performers were fully engaging on their own.

I want to be clear that these moments do not dominate the show, and the series offers other visual and auditory techniques which are highly effective and deeply moving. The series works best when it offers haunting visuals of the Australian outback set against subtle and ominous tones. Picnic at Hanging Rock at its best presents an awful nightmare that you can’t wake up from, and some of its slower scenes featuring and reflecting on the disappearance itself capture a disturbing twilight effect which sticks with the viewer. On several occasions I found myself feeling dread when viewing otherwise normal sequences, which is a solid testament to what the series can achieve when it is at its best. Unfortunately, these highlights are inconsistently intertwined with the kind of sequences I mentioned earlier, which leaves the series with a slightly unbalanced level of success in its visual storytelling. However, the moments where it excels certainly make the series worth watching.

Picnic at Hanging Rock has been known by readers and cinephiles as an important Australian novel and film for decades, and the new series ultimately does justice to its legacy while remaining accessible to modern viewers. While some of its modern examples of camera work and sound design sometimes get in the way of an incredible cast and some genuine moments of excellent cinematography, the series is as mysterious and thought-provoking as ever.

Actor/producer Daniel Dae Kim is working with Amazon Studios to bring an element of horror to the streamer in the form of what is...
Read more

Amazon Studios Acquires ‘The Dark Corners of the Night’

Deadline is reporting that Amazon Studios has acquired the rights to develop a series based on Meg Gardiner’s upcoming book The Dark Corners of...
Read more

Deadline is reporting that the soon to be released novel The Southern Book Club’s Guide to Slaying Vampires is among the first projects on...
Read more