Shudder, the king of streaming horror, announced the initial casting today for its upcoming horror anthology series, Creepshow (based on George Romero and Stephen King’s 1982 film of the same name) and the list will certainly please horror fans.  Adrienne Barbeau (The Fog), Giancarlo Esposito (Better Call Saul), and Tobin Bell (Saw) will star in an adaptation of the Stephen King story “Gray Matter,” as adapted by Byron Willinger and Philip de Blasi (The Commuter) and directed by series showrunner Greg Nicotero (The Walking Dead).

Nicotero (by way of the official Shudder press release) said that “I feel I’m in great company getting the opportunity to direct a story written by Steve. Between Salem’s Lot, Pet Sematary and The Stand, I’ve always found his stories rich in relatable characters forced into supernatural situations beyond their control—the everyday person’s primal fears. To visualize “Gray Matter” for Creepshow with the help of Adrienne, Giancarlo and Tobin was about as good as it gets for a horror fan from Pittsburgh!”

King’s short story focuses on “Doc and Chief, two old-timers in a small, dying town, brave a storm to check on Richie, an alcoholic single father, after encountering his terrified son at the local convenience store.”   “Grey Matter” was originally published in 1973 as part of King’s 1978 story collection, Night Shift.

Barbeau was one of the original cast members in the 1982 film, in the segment entitled “The Crate” and was of course, “…thrilled when Greg asked me to join the Creepshow world once again.  And then working with Tobin and Giancarlo, with Greg as our director, well, that was the icing on the cake — no, not that cake. Oh, you know what I mean.”

Shudder has also “confirmed eight of the twelve segments that will make up Creepshow’ s six-episode season. Previously announced segments include “By the Silver Water of Lake Champlain” by Joe Hill, “House of the Head” by Josh Malerman (Bird Box), “The Companion” by Joe R. Lansdale, Kasey Lansdale, & Keith Lansdale, “The Man in the Suitcase” by Christopher Buehlman, “All Hallows Eve” by Bruce Jones, “Night of the Paw” by John Esposito, and “Bad Wolf Down” by Rob Schrab.”

Additional titles and casting should be announced soon, so be sure to stay tuned to Horror News Network for further updates! 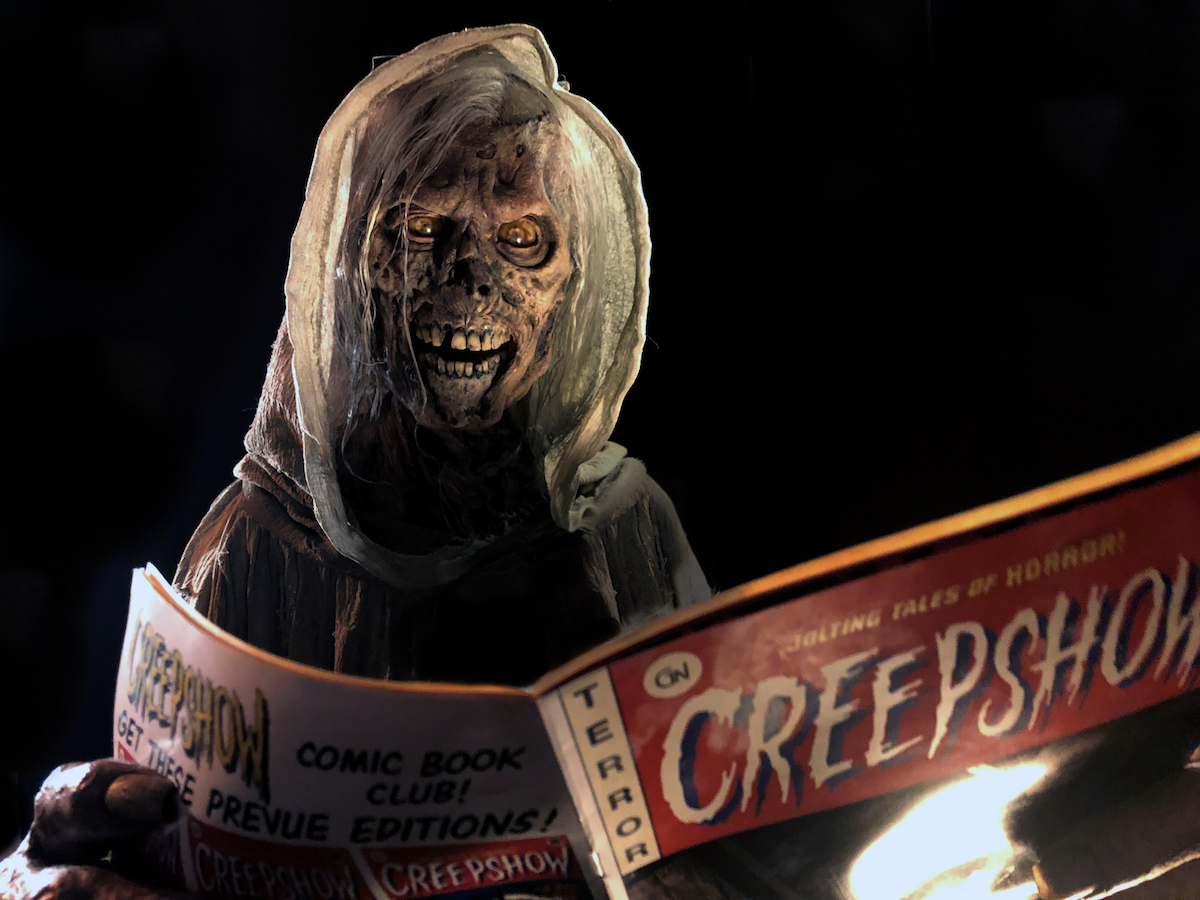 From original series' like The Last Drive-In to Creepshow to scooping up such incredible (and topical) documentaries like Scream, Queen! My Nightmare on Elm...
Read more

Things are heating up with the planned Firestarter remake from Universal Pictures and Blumhouse Productions. Director Keith Thomas said this week that the remake of the 1984...
Read more

As Founding Father Benjamin Franklin once wrote: "In this world, nothing can be said to be certain, except death and taxes." Well, you can add...
Read more

The CW Bringing Yet Another Stephen King Story To Screen Life

The CW has decided to jump on the full-speed-ahead Stephen King bandwagon by adapting one of the horror master's lesser-known short stories to the...
Read more