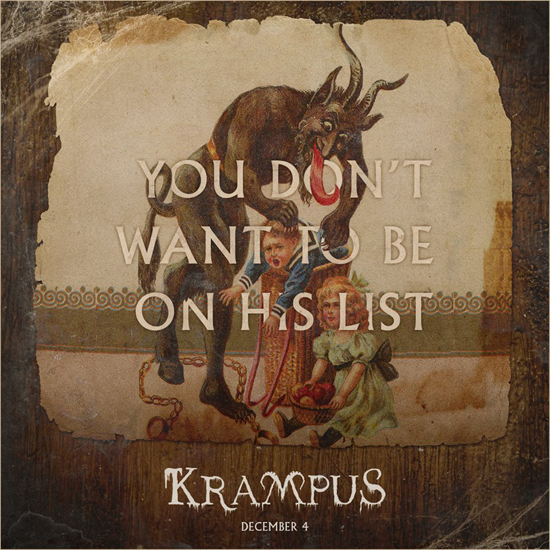 To compliment the release of their film ‘Krampus’, Universal Pictures put together a Youtube playlist about the legend of Krampus.   The link is posted on the official ‘Krampus’ film website. The playlist features five Krampus centered videos; including coverage of the return of the Krampus tradition in Bavaria, and an animated ‘A Krampus Carol’ by Anthonly Bourdain.

You can view the playlist below.

Nine films have been chosen for the Midnight Movies side bar of the Sundance Film Festival that is running January 21-31.  The list includes Rob Zombie’s ’31’ and ‘Yoga Hosers’ from Kevin Smith.  You can view the complete list below.

31/ U.S.A. (Director and screenwriter: Rob Zombie)   –   Five friends are kidnapped on the day before Halloween and are held hostage in a terrifying place named Murder World. While trapped, they must play a violent game called 31, in which the mission is to survive 12 hours against a gang of evil clowns. Cast: Sheri Moon Zombie, Malcolm McDowell, Richard Brake, Lawrence Hilton-Jacobs, Jeff Daniel Phillips, Meg Foster. World Premiere read more 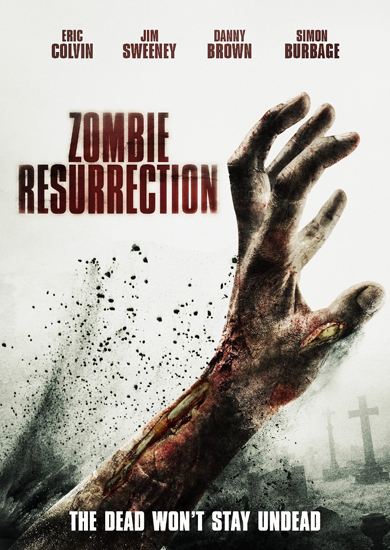 Synopsis: 15 months after the apocalypse, a group of survivors are forced to take refuge in an abandoned school, where they encounter a mysterious zombie with the power to bring the undead back to life.

Our Thoughts: ‘Zombie Resurrection’ is a British zombie horror comedy centered around a group of survivors battling their way through the apocalypse. There’s quite a bit of drama amongst the survivors, many of whom are clearly not friends. read more 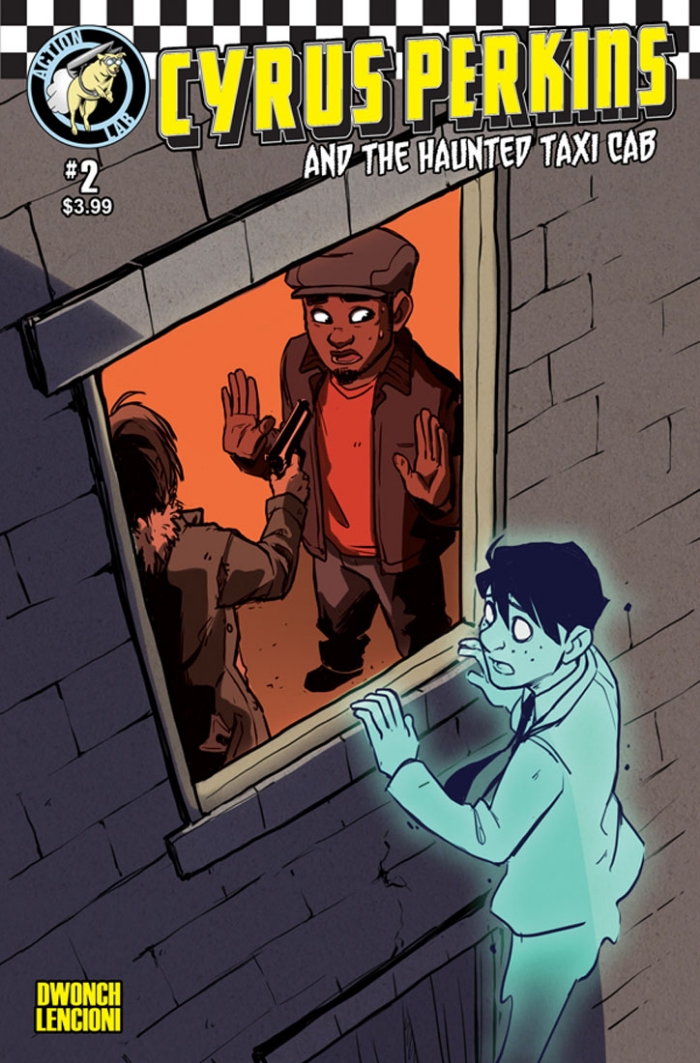 Action Lab Entertainment has provided us a preview of the new Cyrus Perkins and the Haunted Taxi Cab comic.

After the tragic events of last issue, Cyrus Perkins has gone from aimless Taxi Cab Driver to amateur Detective. Teaming with Michael, the ghost boy trapped in his car, Cyrus speeds into mystery, danger, and a conspiracy too twisted for words! 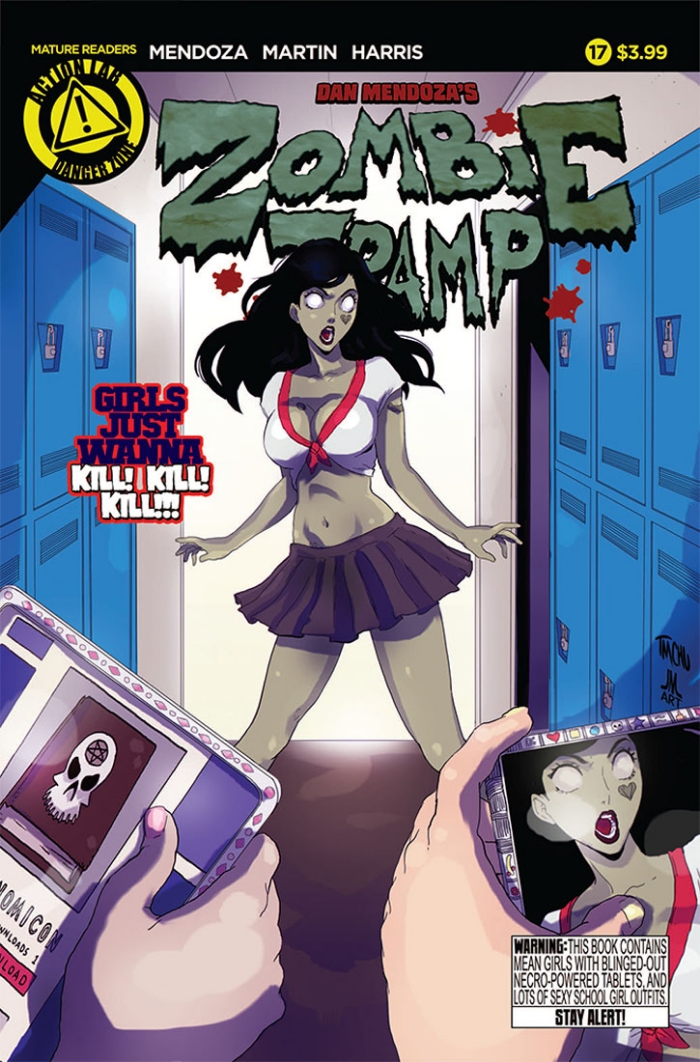 Action Lab Entertainment has provided us a preview of the new Zombie Tramp comic.

Janey witnesses a teenage goth geek girl tortured and murdered by four trendy mall rats. Not her problem. But when she realizes the murderous click are using blinged-out iTablets to cast Necro-spells, she can’t let it slide.

Follow this exciting story arc as Zombie Tramp returns to high school, Jump Street style, to solve the mystery of the iWitches! 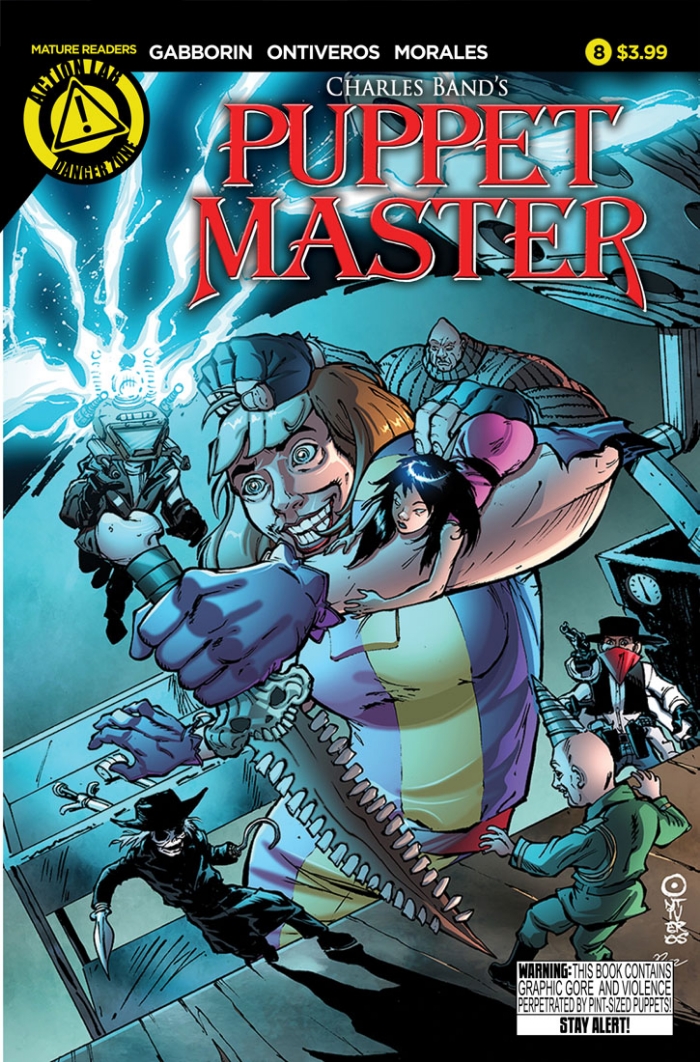 Action Lab Entertainment has provided us a preview of the new Puppet Master comic.

With the Puppets by his side, Anthony returns to the Bouldeston Institute intent on ending Camille’s reign of terror. Can they stop her before she takes another life? Meanwhile, the Puppets owe a debt to Anapa, and his Followers have come to collect. The first of the Seven Tasks is ready, and Leech Woman must answer the call. 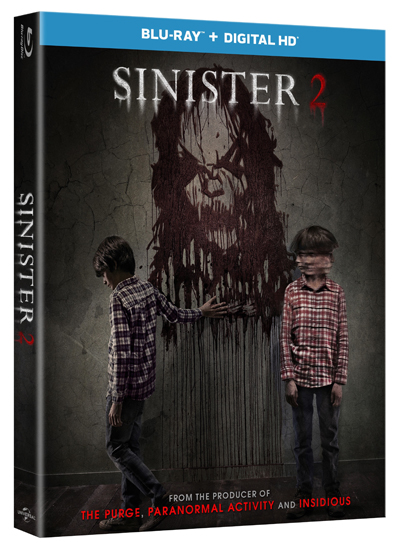 Universal City, California, November 23, 2015 – Mysterious found footage reveals a series of gruesome murders in Sinister 2, the chilling sequel to the sleeper horror hit available on Digital HD on December 22, 2015, and on Blu-ray™, DVD and On Demand on January 12, 2016 from Universal Pictures Home Entertainment. The latest heart-stopping tale from series co-creators and screenwriters C. Robert Cargill & Scott Derrickson (who directed the first installment), producer Jason Blum of Blumhouse (Insidious, The Purge) and director Ciarán Foy (Citadel), Sinister 2 on Blu-ray™ and DVD is packed with bonus features including filmmaker commentary, a peek behind the camera and deleted scenes that raise the fear factor to unprecedented heights. read more 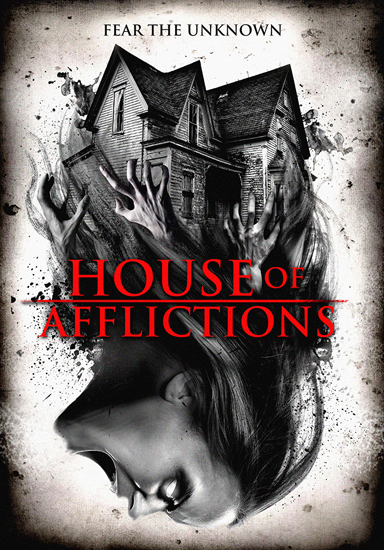 New York, NY – Wild Eye Releasing has opened the doors to the House of Afflictions with a new poster and trailer. The latest supernatural thriller from UK director Anthony M. Winson (The Witching Hour, Unholy) follows a crime author mourning the loss of her child as she tries to start life over in a new home. She soon discovers that she is not alone in the house. Is something from her past haunting her, or is it something deep within the house itself that wants to ensure she remain restless forever? read more

Synopsis: Alexandria is finally able to pull itself back together; and there’s peace between the group and Alexandrians, but no one knows how long it will last.

Thoughts: **SPOILERS** After baiting the Walking Dead die hards for weeks with mostly filler episodes, fans finally see Glenn  is still alive.   This is the moment where The Walking Dead is officially a mainstream drama and not a show for a hardcore horror fan.  Zombies are not as much of a scary threat?  If 75 zombies are surrounding Glenn under a dumpster and he makes it out without even on bite or scratch… The one positive of this is that the writers did not write off a major character in such a lame way as being knocked off a dumpster. read more 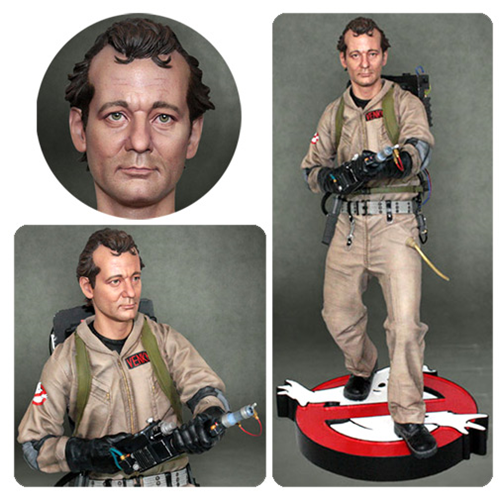 The Ghostbusters Peter Venkman 1:4 Scale Statue features an incredible likeness of the inimitable Bill Murray in character as Peter Venkman. This incredibly realistic statue stands approximately 19-inches tall on its Ghostbusters-themed base. Standing in classic Ghostbusting pose, Venkman is captured with Neutrona Wand in hand and comes complete with an intricately detailed Proton Pack. This museum-quality statue is constructed from heavyweight polystone and then hand painted to the finest detail. Limited edition of 1,000 pieces worldwide. read more