Conduit – Review
By Lynn Sorel
Rating: 5 out of 10

Synopsis: Wounded by a recent divorce and haunted by a tragic event in his childhood, Eddie returns to his hometown hoping to pick up the pieces of his broken life. Unable to cope, he attempts suicide and winds up in therapy, where desperate to fill the void in his heart he falls for Amy, a mysterious and young wild flower. But something dark and sinister lurks in Amy’s past, will her love save Eddie or will it devour his soul?

Our Thoughts: Conduit is a supernatural horror film. However, it it is ultimately the story of broken people and the way their tragedies consume their lives.

The story centers around Eddie, who moves to a new house after his divorce and ends up in a support group after attempting suicide. While in group, he meets Amy, whom has yet to share her story. Things start to get interesting when we finally learn about his childhood trauma. Eddie is a grown man who is afraid of the dark, so you knew it had to be bad.

Amy and Eddie connect quickly, and he asks her to move in to his big empty house, since she is barely getting by. After finding out that she is a heroin addict, he helps her get clean, only to get a warning about her from a strange man who says she needs to stay on the drugs. Little does he know that STDs are the least of worries when it comes to what he might catch from her.

Monica Engesser, who portrays the mysterious and erratic Amy, gives the best performance in the film. The practical effects used in the film are decent. The storyline is a unique twist on an overdone genre. However, aside from that, it doesn’t really add anything new. Conduit is enjoyable at times, but isn’t the greatest film I’ve ever seen by any means. If you like possession stories, you might enjoy it. 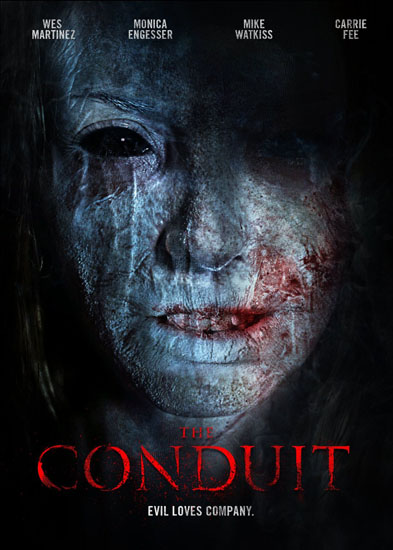 As the old saying goes: All good things must end. Unfortunately, that holds true even for The CW's long-running horror series Supernatural. And that end, as...
Read more

It may be the dog days of August, but it's never too early to starting planning for Halloween. And it looks like The CW...
Read more